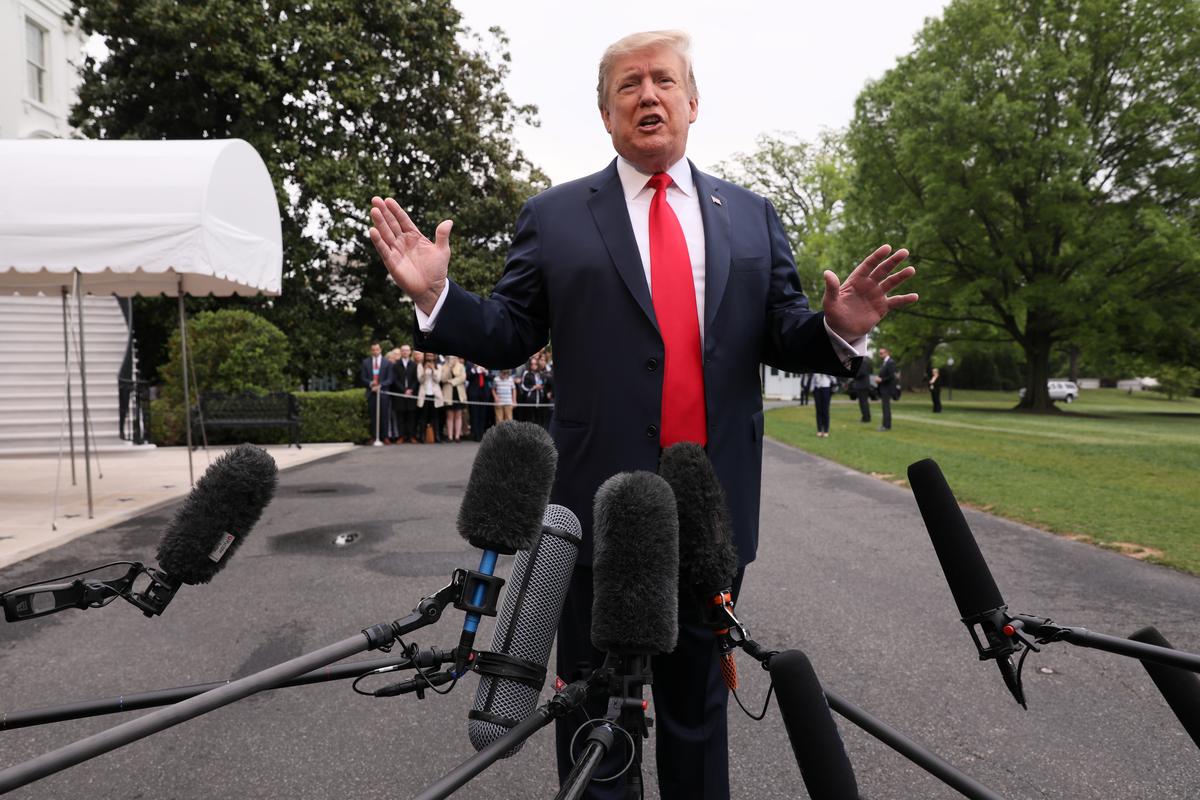 WASHINGTON (Reuters) – U.S. President Donald Trump on Friday urged Americans to protect themselves with the measles vaccination as the number of cases of the once-eradicated disease in the United States hit the highest levels since 2000.

The growing outbreak in pockets across the country has triggered multiple public health efforts seeking to limit exposure to measles, including quarantines at two California universities.

“The vaccinations are so important. This is really going around now,” Trump told reporters at the White House. “They have to get their shots.”

Nearly 700 cases have been confirmed by federal health officials as of this week in a resurgence that has been concentrated in a handful of states — New York, Washington, Michigan, New Jersey and California — although 22 states in all are affected.

Measles can cause severe complications or death. So far, no U.S. fatalities have been reported.

U.S. public health officials have lamented the preventable outbreak and have blamed the nationwide outbreak, which comes alongside a global rise in measles cases, in part on the spread of misinformation about vaccine safety.

Some Americans have eschewed the vaccine for a variety of reasons from religious beliefs to doubts about modern medicine as well as lingering impacts from a debunked claim that vaccines cause autism. No link has been found between the measles vaccine and autism spectrum disorders.

Complacency is also an issue. With fewer cases of the infectious disease in recent decades, much of the public has not seen its impact firsthand.

Measles can cause pneumonia, brain swelling known as encephalitis, and severe ear infections that can lead to deafness, according the U.S. Centers for Disease Control and Prevention. It also can cause premature birth in pregnant women and, in rare cases, harm the central nervous system.

Up to 90 percent of those not immunized who have close contact with an infected person are likely to contract measles, the CDC has said.

U.S. President Donald Trump talks to reporters as he departs for travel to Indianapolis, Indiana from the White House in Washington, U.S., April 26, 2019. REUTERS/Jonathan Ernst

New York City officials have declared a public health emergency after an outbreak in parts of Brooklyn and have taken the unusual step of ordering unvaccinated people in affected neighborhoods to be immunized.

Trump, before winning the U.S. presidency, appeared to raise some doubts about vaccines, tweeting in 2014: “I believe in vaccinations but not massive, all at once, shots. Too much for small child to handle. Govt. should stop NOW!”

Days before Trump took office in the White House in January 2017, vaccine skeptic Robert F. Kennedy Jr. told reporters Trump was planning a vaccine safety review panel, a project Trump’s then-spokeswoman said was being explored but had not been decided.