Sean Hehir says he’s grateful to be able to run this weekend’s KBC Virtual Dublin Marathon – even though he expects his eight-year run of sub-2:20 performances to come to an end.

Hehir was struck by a car last December, shortly after the birth of his daughter Sophia, as he was out for a run.

He hasn’t yet fully recovered from some of the injuries he sustained.

However, he is determined to put on as strong a show as possible when the famous race goes virtual this weekend.

“I was coming off the back of running the Dublin Marathon in 2:16.01, which was a big personal best, to just over five weeks later being in hospital,” he told Fitter Happier.

“So I am very grateful to be able to run the virtual Dublin Marathon this year. I’ve eight consecutive years of sub-2:20 marathons under my belt, so this is year nine. I think it’s probably very unlikely that I will break that.

“If I could run anything in the low 2:20s, I would be absolutely thrilled with that. If the stars aligned and I managed to break 2:20, it would be a dream, but I don’t think that’s going to happen, given the last 12 months.

“But I’m just happy to get out there and give it a go.” 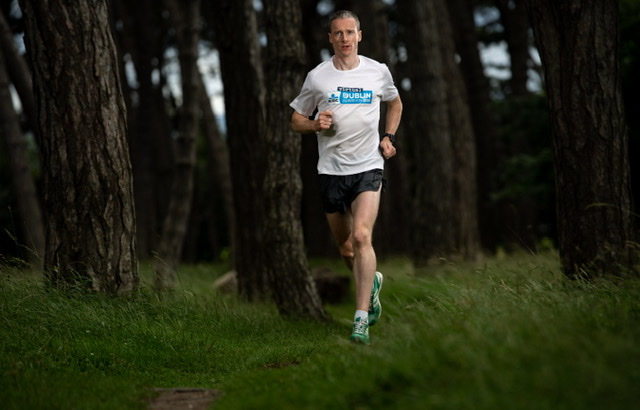 Hehir described how the incident last December affected him.

“It was less than two weeks after my daughter was born when I was knocked down by a car while I was out for a run,” he said.

“I was beginning the second week of my paternity leave and my wife was home from the maternity hospital.

“I went out for a run and the next memory I had was waking up in the hospital later that night with my wife, sister and a good friend of mine who’s a Garda at the bottom of the bed.

“I was out for close to nine or 10 hours. I had a lot of facial breaks, lacerations, broken shoulder, concussion, memory loss, bruising up and down the body… you name it.

“It was very challenging for the few months after that.

“When Sophia was born, it was an emergency Caesarian. So, as well as having a new born to look after, my wife had two total dependents. It was a very challenging time for her.

“I’ve had constant pain in my shoulder for months. I had to have surgery to get work done on my jaw, and since then my bite has been improving, but I didn’t have proper mouth function for a few weeks afterwards.

“My jaw and bite are getting back to normal, but my shoulder isn’t anything compared to where it was. Balance and coordination issues are progressing. There are a lot of memory issues post-concussion.

“But I have a lot to be thankful for. Back in December or January, if you said I’d be back running or even contemplating doing the virtual marathon this weekend, I wouldn’t have believed you.” 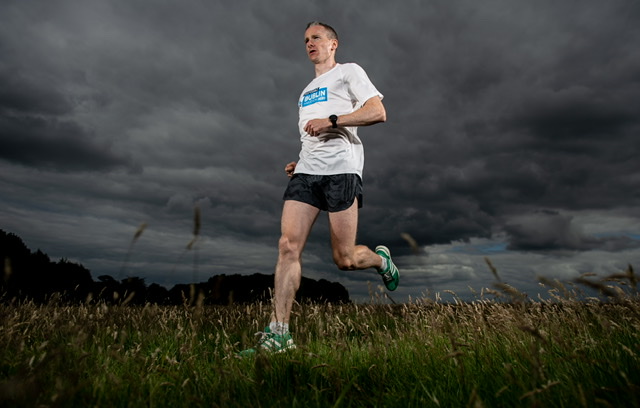 Clare native Hehir is now based in Dublin, where he is a primary school teacher, and trains in the Phoenix Park.

That’s where he will run his virtual marathon while staying inside the new 5k lockdown restriction.

For competitors this weekend who have spent the past few months preparing a 42km route, the move to Level Five lockdown has brought further disruption to their plans for the race.

However, Hehir has offered Fitter Happier readers some top tips to get through their run, whether four-mile, 10k, half- or full marathon.

“Run a route you are familiar with,” he said.

“With the 5km specification that has come in, make sure it’s a route that you are familiar with and tell your close contacts where you are running.

“I would say with the weekend that is in it, it’s going to be very busy on the roads and in the parks up and down the country, so get going early.

“My local park, and thankfully it’s within 5km of me, is the Phoenix Park. It’s my regular training venue.

“But it is also very busy, and it will be even more so this coming weekend.

“So, be mindful of other park users. Avoid wearing headphones for the day that’s in it, because you need to be totally aware of what’s going on around you.

“This isn’t like a closed route, where you have the freedom of the road; there are other road and park users to be mindful of.” 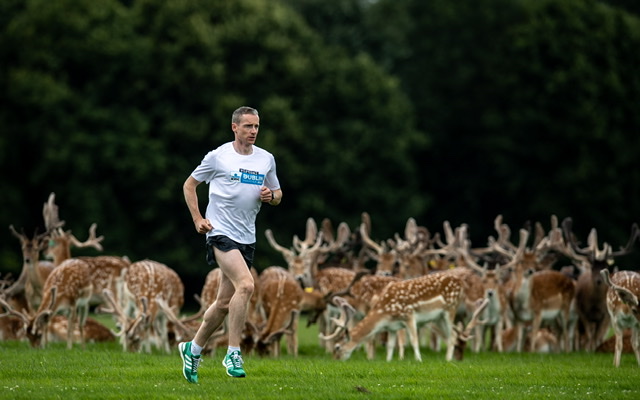 Read More:  Can i use releev on genital herpes

MARATHON man Sean Hehir has come up with a checklist of tips and advice for anyone running the KBC Virtual Dublin Marathon this October Bank Holiday weekend.

Sean Hehir: “If you aren’t wearing your club singlet, avoid wearing dark clothing. Maximise your visibility for other road and park users.”

SH: “If you are taking part in the Dublin Marathon every year, organisation is second to none.

“But one thing you won’t have this time around in the virtual event is hydration and refuelling stations. From novices to elites, these are incredibly important.

“The idea is to get fuel on every three-to-five miles, so with that in mind, maybe run on a looped course where you can pick up drinks and gels from the boot of your car, or from a supporter.”

Sean Hehir says: “With it being a marathon, having someone there to provide support on the day is incredibly important.

“When things go great in the marathon, it’s a wonderful experience.

“But should things not go well and you find yourself completely wiped out after the effort, it is massively important that you have somebody there to look after you, should you need them.”

SH: “If ever there was a year to run for a good cause, I think this is the year.

“It has been a very difficult year for a lot of charities up and down the country, with the restrictions imposed.

“The virtual Dublin Marathon is a great opportunity for people to choose a charity that means something to them and to try and generate funds for that cause.

“Downloading the KBC app is important too, because if you want to upload your time for it to count and to get your finisher’s medal and bragging rights, it’s important.

“And make sure your smartphone or GPS watch is fully loaded beforehand too.”