Relationships can have their ups and downs, and in some cases, they turn into an on-again, off-again type of thing. But if that’s been your pattern with your partner, you might want to re-evaluate your status. According to new research, relationship cycling—or repeatedly breaking up and getting back together—can take a significant toll on your mental health.

The study, which was conducted at the University of Missouri in Columbia, found that developing a pattern of ending a relationship and reuniting multiple times is linked to a greater likelihood of experiencing anxiety and depression. These results were based on interviews with 545 men and women currently involved with a romantic partner. 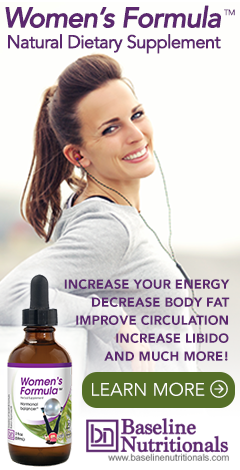 The subjects were asked about their feelings of anxiety and depression in addition to questions pertaining to how stable their relationship is, whether they have broken up—and if so how many times—and whether they had ever resumed a relationship with a romantic partner. More than 30 percent of the participants reported breaking up and reuniting with a significant other repeatedly.

When the investigators compared the data on relationship stability with that of psychological difficulties, they discovered that those who went through more relationship cycling tended to have higher levels of emotional upheaval. What’s more, the greater the number of times a couple ended and resumed a relationship, the more substantial were the increases in anxiety and depression they experienced.

These findings held true even after the researchers controlled for other potentially influencing factors including the volunteers’ family situation, demographics, and sexual orientation. And interestingly, relationship cycling occurred at very similar rates whether individuals identified themselves as heterosexual or homosexual.

Read More:  You Might Qualify for a Grant for Improving Ontario Water

Of course, the study is not without certain flaws. It was not designed to prove that relationship cycling causes anxiety and depression, so it leaves the question a chicken-and-egg scenario. There is the possibility that those with issues such as anxiety or depression are more likely to develop problems in their relationships that lead to this type of cycling rather than the relationship difficulties contributing to anxiety and depression. However, earlier research supports the theory that it is the dissolution of the relationship that does the harm. For example, a 2011 study at the University of Denver in Colorado showed that having one or more breakups was associated with an increase in psychological distress and a drop in life satisfaction.

Obviously, these findings don’t suggest that you should never, under any circumstances, consider reuniting with a former love. After all, there are cases in which the timing simply wasn’t right or you wanted different things at that point in your lives or a unique circumstance caused the breakup. There’s nothing wrong with giving it another try with someone you care about in many instances. What you want to avoid, however, is a continual pattern of hurting your partner or being hurt and cycling in and out of a commitment.

If you are getting back together because you’re lonely or it’s easier to just say yes and pick up where you left off or because it’s simply an ingrained habit to be in the relationship, you really need to pause before you take the next step. Even if the causes for your breakup have nothing to do with emotional or physical abuse, there are likely valid reasons for not being together, especially if it is happening repeatedly. If you have no reason to think the situation that resulted in the breakup will change, don’t start the relationship back up.

Your mental health is more important than having a defective significant other. See a counselor to explore why you feel you need this person in your life. And start putting yourself first by taking care of yourself. Strive to eat more nutritious foods and to find time every day to exercise and meditate. This will improve your energy levels and elevate your mood, so you will begin to feel healthier both physically and mentally.