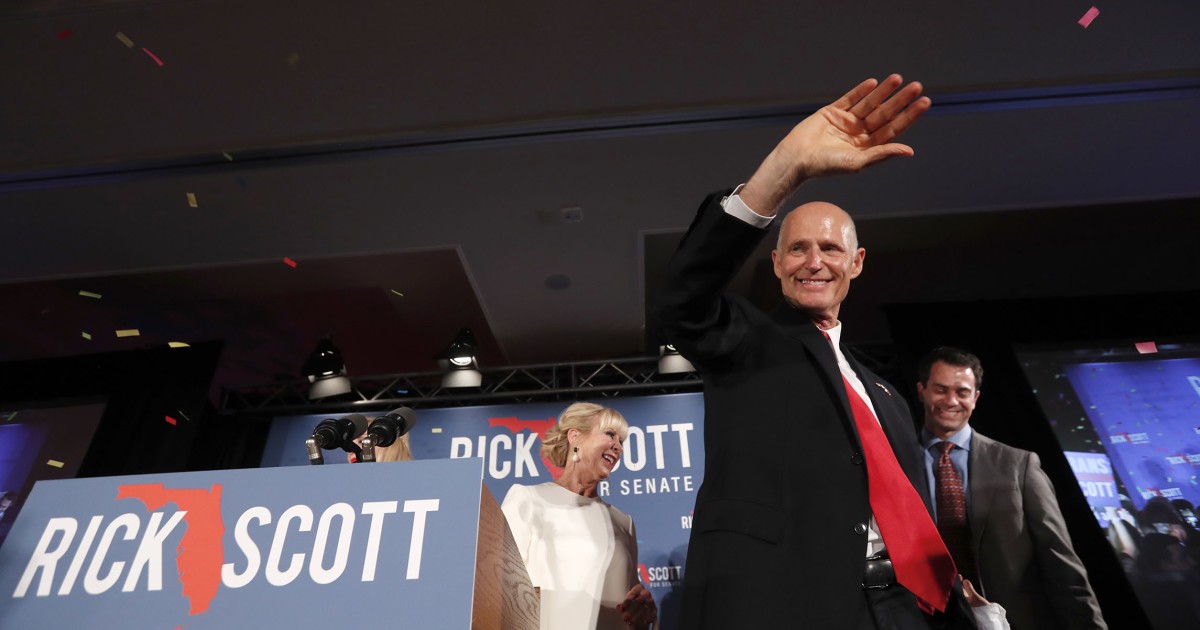 Republican Rick Scott has defeated Democratic incumbent Sen. Bill Nelson after a manual recount, winning not only a U.S. Senate seat in Florida but also earning the title of one of the wealthiest members of Congress.

It’s difficult to tell exactly where Scott falls because federal lawmakers report a range for their wealth but not exact amounts. Competing with him for the wealthiest member spot is Sen.-elect Mitt Romney, R-Utah, who amassed his fortune through his private equity firm Bain Capital.

Scott’s net worth is estimated at about $ 255 million, a fortune that came from working in the healthcare industry. His wife, Ann, holds much of the assets in a blind trust worth roughly $ 173 million, according to financial disclosures made public July 2018.

In 1997, Scott was pressured to resign as CEO after the company was accused of defrauding government healthcare programs including Medicare and Medicaid. The company eventually settled with the Department of Justice for $ 1.74 billion.

Scott, who was never charged with a crime, continued working in the healthcare industry before going into politics, co-founding the urgent care clinic chain Solantic Corporation in 2001. Another company with healthcare ties that he owned was a website that allowed medical providers to post information about their services, which was later sold to HealthGrades.

Scott previously owned stock in drug company giant Gilead Sciences, which makes the hepatitis C-curing drug Sovaldi. The drug carries a list price of $ 84,000 and rids patients of the liver disease, which can otherwise progress and require a liver transplant.

Scott has owned various companies or stocks devoted to supplements and founded a group to oppose Obamacare known as Conservatives for Patients’ Rights. He also has held investments in the oil, gas, and energy sectors.

Scott, who has been governor of Florida since 2011, used his own fortune to fuel his political campaigns, a practice he continued when he ran for Senate. He also declined the $ 130,000-a-year governor’s salary and was term-limited out of the role in 2018.

The wealthiest member of Congress currently is Rep. Darrell Issa, R-Calif., who had an estimated minimum net worth of $ 283 million in 2016 and is retiring at the end of the year. Issa made his money by creating anti-theft devices for cars. Next behind him in Congress is former technology entrepreneur Rep. Greg Gianforte, R-Mont., with an estimated net worth of $ 136 million. The wife of Rep.-elect Gilbert Cisneros, D-Calif., Jacki, won $ 266 million in a 2010 jackpot, which they used to establish a foundation that benefits Hispanic students.

About Acne After Asthma Best Blood cancer Care Cause coronavirus could Depression Diabetes Diet does from Hair Health Help Know Long Loss Medical More Muscle Need News Pain Posted Pressure risk Says Should Study Take This Tips Treatment Vitamin Weight When where with Yoga ‘What
Iconic One Theme | Powered by Wordpress
This website uses cookies to improve your experience. We'll assume you're ok with this, but you can opt-out if you wish. Cookie settingsACCEPT
Privacy & Cookies Policy