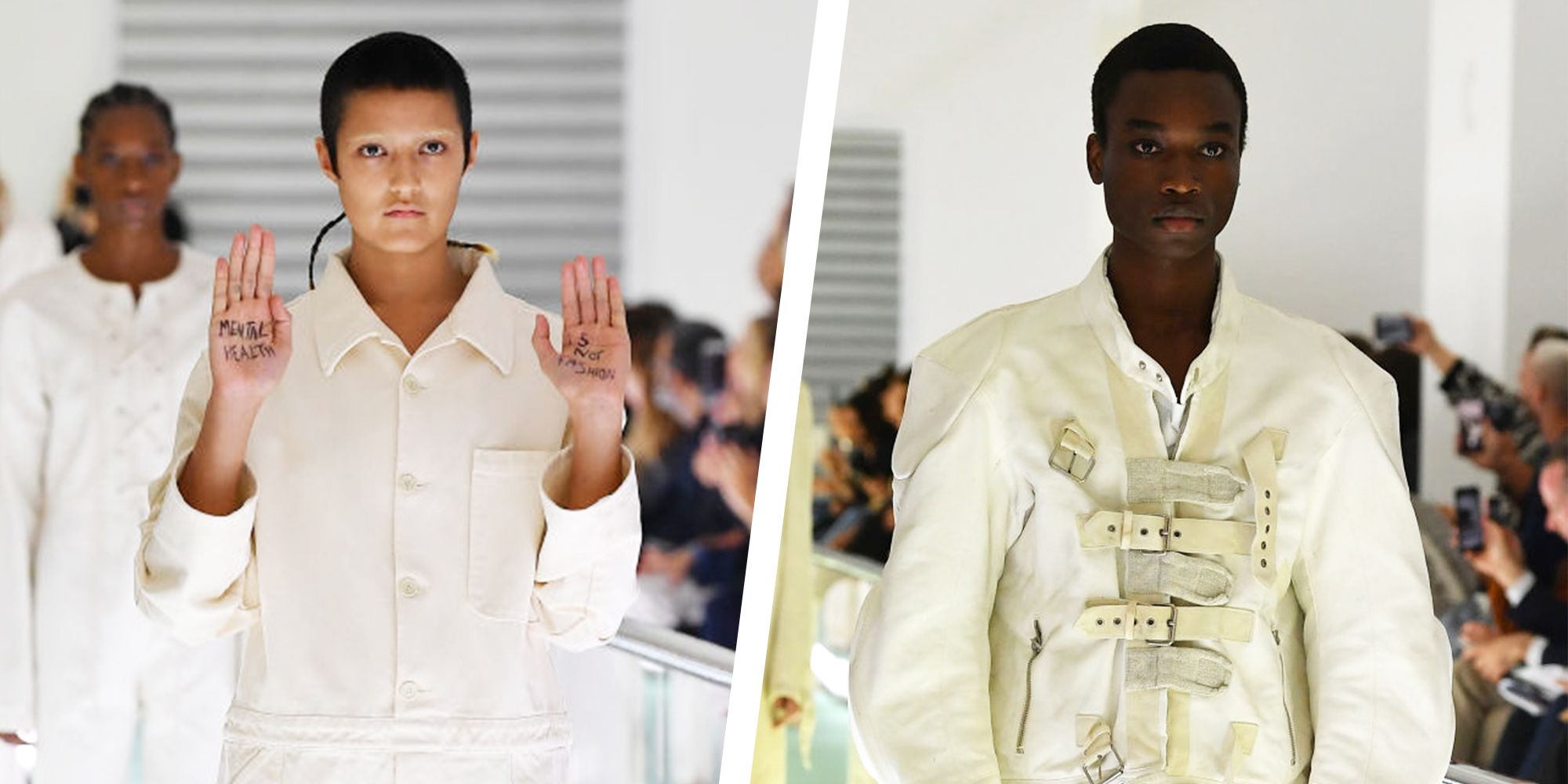 On Sunday, Gucci held their latest fashion show for the upcoming Spring 2020 season in Milan. Upon entering, guests were greeted with a clinically stark white space—anxiously awaiting to see more boldly-colored and over-the-top clothes for which the brand has become synonymous. Once the show started, what proceeded though were 21 looks of crisp white clothing resembling different configurations of a straitjacket on models who were perched on a conveyer belt. Unmoving and without make-up, the models stared straight ahead as the room fell completely silent. That is until one model, the non-binary newcomer, Ayesha Tan-Jones, raised their hands to reveal the words “mental health is not fashion” written in black marker across their palms. And this move was not part of the planned show.

Following the show, Tan-Jones posted to their Instagram account that they decided to “peacefully protest” because “I believe, as many of my fellow models do, that the stigma around metal health must end.” They continued, “straitjackets are a symbol of a cruel time in medicine when mental health illness was not understood.”

Since posting, Tan-Jones has received an outpour of support from her fans and fellow fashion community members. Follower @cat_p_c commented “Truly amazing and brave! Thank you for standing up for so many who are not able. This is beautiful!” And A-list model, Selena Forrest, declared her gratitude by writing “Thank you for this!”

Gucci did post to Instagram to clarify that the “blank-styled clothes [were made] to represent how through fashion, power is exercised over life, to eliminate self-expression”. The brand also confirmed on Instagram that the clothes were just meant to be used as a form of artistic expression and will not be sold.

This incident is the latest in a string of issues Gucci has had with balancing creative expression in today’s culturally sensitive times. The most recent taking place in February, where following an apology for producing a wool balaclava sweater that resembled blackface, the brand said they would be forming an advisory council and hiring a global director for diversity and inclusion.

The real question this raises though is at what point does creative freedom end and cultural insensitivity begin? Creative minds will always need an outlet to express their ideas, but when does vision turn into an offensive act? At a time when the world demands social responsibility and accountability how do we control a creative message while still allowing full freedom of expression?