Gastroesophageal Reflux Disease (GERD), otherwise known as acid reflux, affects an extraordinary number of adults worldwide. According to the journal Gut, between 18 and 28 percent of the adults in North America suffer from the disease, as do 9 to 26 percent of Europeans and up to 33 percent in the Middle East. Those numbers appear to be rising. 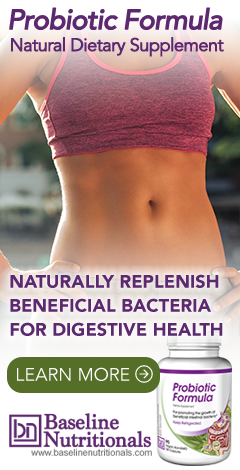 Acid reflux occurs when stomach acid flows back into the tube that connects your esophagus to your mouth, leaving you with a bitter or sour taste. The acid causes heartburn and indigestion. While most of us have had an occasional bout of acid indigestion after a particularly indulgent meal, full-blown GERD means having such bouts at least twice a week. In healthy digestion, food and liquid pass from the esophagus to the stomach and then a sphincter at the base of the esophagus closes, preventing backwash. But when you develop GERD, that sphincter has weakened, allowing partially digested food and stomach acid to come back into your throat.

Symptoms of GERD include burning in the throat and chest after eating (heartburn) –particularly when lying down at night –spitting up sour liquid or food, feeling like there’s a lump in your throat, and difficulty swallowing. Victims might also experience coughing, laryngitis, nausea, tooth decay, exacerbated asthma, and insomnia. To be constantly sick after eating wears people out as does fatigue from being unable to sleep because of GERD distress. As the disease progresses, the constant exposure to stomach acid causes the esophagus to become inflamed, and that can cause narrowing of the esophagus so that it’s hard to swallow. It can also lead to esophageal ulcers, and there’s some evidence that it can eventually trigger cancer.

Read More:  Can you take xanax while taking melatonin

The first line of defense when GERD symptoms appear, at least according to the medical community, is to avoid certain triggering foods, including anything with caffeine, tomato products, alcohol, citrus, peppermint, or fatty and fried foods. Also, excess weight seems to trigger GERD, so losing weight is recommended, as is eating smaller meals, walking around after eating, and sleeping with the head raised. If symptoms don’t abate, your doctor will probably prescribe medications that block acid production. These include what are known as H-2-receptor-blockers, like Pepcid, and proton pump inhibitors like Nexium.  There are also medications to strengthen the sphincter in the esophagus. All these drugs come with undesirable side effects, including increased risk of bone fractures, osteoporosis, diarrhea, fatigue, and B-12 deficiency. Since medications for GERD are often taken long-term, it’s important to know that more serious side effects of proton pump inhibitors include increased risk of dementia, heart attacks, kidney disease, stomach cancer, and strokes. Plus, medications don’t always work, so surgical options such as wrapping the upper stomach to strengthen the sphincter may be considered.

Here are a few treatment options to consider before rushing to fill that prescription.

Melatonin. The digestive system naturally produces melatonin, especially in response to tryptophan-rich foods. This melatonin reduces stomach acid production while increasing pressure from the esophageal sphincter. In fact, a 2006 study of 300 heartburn patients found that patients achieved better relief using six milligrams of melatonin plus vitamins (B6, folic acid, vitamin B12, methionine and betaine) at bedtime compared to those using 20 milligrams of a proton pump inhibitor. Of the 175 patients using the melatonin and vitamin mix, 100 percent achieved a complete eradication of symptoms within 40 days. But of the 175 on the proton pump inhibitor, only 67 percent realized such a result in the same time period.  Other studies have shown that a combination of melatonin plus a proton pump inhibitor yielded faster and better relief than using either product alone—but again being cognizant of the side effects associated with proton pump inhibitors.

Even so, the medical establishment hasn’t embraced the idea of using melatonin in lieu of or in addition to prescription medications.  In fact, the Mayo Clinic website says, “No alternative medicine therapies have been proved to treat GERD or reverse damage to the esophagus,” a rather odd statement given the existence of studies showing otherwise.  Perhaps that’s in part because the studies to date have focused on younger people so there isn’t concrete evidence that melatonin will help elderly GERD sufferers, but given that melatonin levels drop as we age, it’s a good bet.
Probiotics.  There are only a few studies exploring the effect of probiotics on GERD, but the evidence to date looks promising. One theory postulates that GERD occurs because when food doesn’t flow properly from the esophagus into the stomach, “bad” bacteria build up and cause fermentation, which causes gas that in turn forces food back up the esophagus. Probiotics work to overrun “bad” bacteria with “good” bacteria, and thus can alleviate related distress.  Evidence also indicates that probiotics help the stomach empty its contents faster, so GERD symptoms related to eating too much may be alleviated. Plus, there’s clinical evidence that probiotics may help reduce inflammation, which can help reduce pain related to GERD. And, studies show that probiotics may help with weight loss, which again indirectly may benefit GERD sufferers. Since there are so many different probiotic formulations, make sure you try a high quality formula with a balanced spectrum of healthy bacteria.

In summary, if you find yourself having heartburn episodes, losing some weight and adding some probiotic and melatonin supplementation to your routine would be a wise step to get the condition under control before it becomes a major problem. Also, to better understand GERD, the mechanisms underlying it, the different alternatives for dealing with it, and the problems associated with most medical treatments for it, check out Jon Barron’s article on the physiology of The Stomach.

Read More:  Where does the body make cholesterol