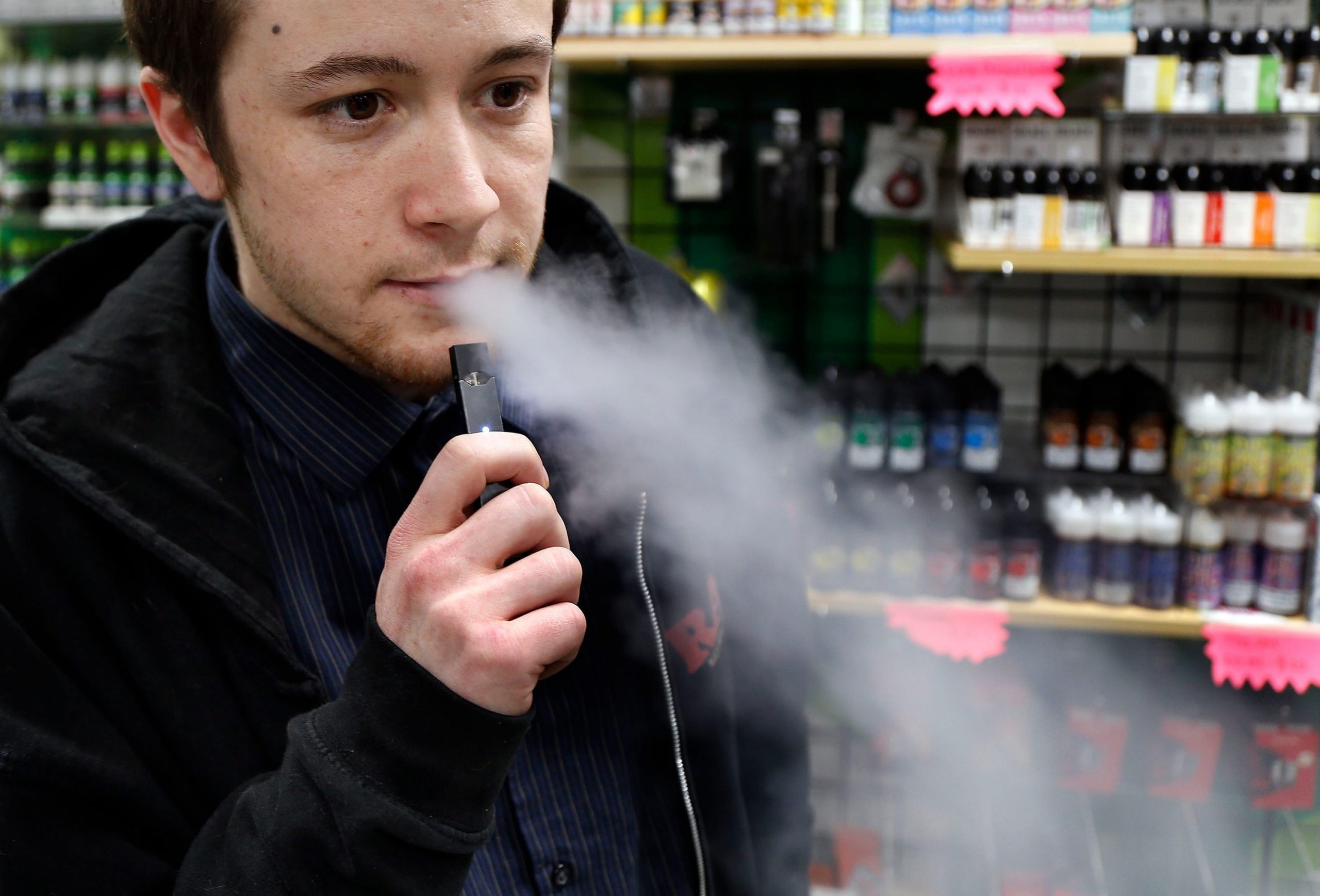 Nick Gregory, a 26-year-old manager, vapes on a JUUL at Botany Bay in Lexington, Ky.

Tobacco executives, vaping industry representatives and public health leaders are scheduled to meet with President Donald Trump at the White House on Friday afternoon as the administration weighs banning flavored e-cigarettes to reverse an epidemic of teen-age use.

Conservative group Americans for Tax Reform will send a representative.

Friday’s meeting marks a pivotal moment in what has been a heated and complex debate over how to tackle a teen vaping epidemic.

An outbreak of a vaping lung disease that has sickened nearly 2,300 people and killed 47 added even more pressure on federal regulators to act. The disease has been linked to vaping THC, the psychoactive compound in marijuana, but has still heightened scrutiny on the e-cigarette industry.

The meeting comes more than two months after Trump said his administration would ban flavored e-cigarettes and days after it was reported that Trump refused to sign off on that plan.

Vaping supporters and conservative groups have pressured Trump to abandon the effort. They have argued that banning flavors would send people back to cigarettes, would force thousands of vape shops to close and would turn voters against Trump.

The White House pushed back against reporting that it abandoned the flavor ban. Spokesman Judd Deere in a statement earlier this week said “the policy making process is not stalled” and pitched Friday’s meeting as a step forward.

“This meeting will allow the President and other administration officials an opportunity to hear from a large group, representing all sides as we continue to develop responsible guidelines that protect the public health and the American people,” Deere said.