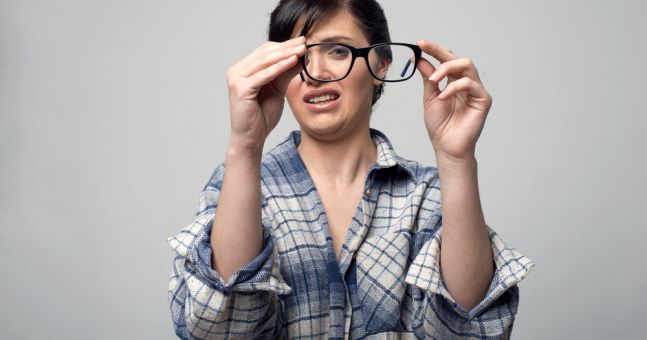 Twitter users were baffled by a comparison of two night time pictures with many realising they had the condition astigmatism for the first time.

In recent years there has been an influx of viral photos blowing everyone’s mind, showing how differently we see some common objects.

The most famous of course being ‘the dress’ that sent the internet into meltdown a few years back.

But a new viral photo could actually be useful in diagnosing a medical condition.

Astigmatism is when the cornea is slightly curved rather than completely round..

With astigmatism, light focuses on several points of the retina rather just one point. This is what people with Astigmatisms vs without. pic.twitter.com/RXWWayFBRJ

Astigmatism is where the inside of your eye shaped more like a rugby ball than a football, so light is focused at more than one place in the eye.

It can lead to blurred vision, headaches and eye strain.

But many only realised they had the problem when twitter user @UnusualFacts6 recently published a tweet with two images of similar nighttime scenes.

Each picture depicts the tail lights of cars and some traffic lights at night.

One side has streaks, or “flares” emanating from the light sources, while another doesn’t.

The Twitter account explained that this comparative difference demonstrates how eyes with astigmatism see light as opposed to those without.

They captioned the post: “Astigmatism is when the cornea is slightly curved rather than completely round…

“With astigmatism, light focuses on several points of the retina rather just one point.

“This is what people with Astigmatisms vs without.”

Same, wtf honestly this is why I can’t drive at night

Twitter user’s minds were blown, with dozens not knowing they had the condition.

One user wrote: “My life and seeing is a lie. I thought everyone saw the lines.”

Another agreed “I had no clue this was a thing! Honestly just thought that’s how light worked!!!

Of course self-diagnosis is never a good idea, and anyone with vison concerns should see a doctor or optician.