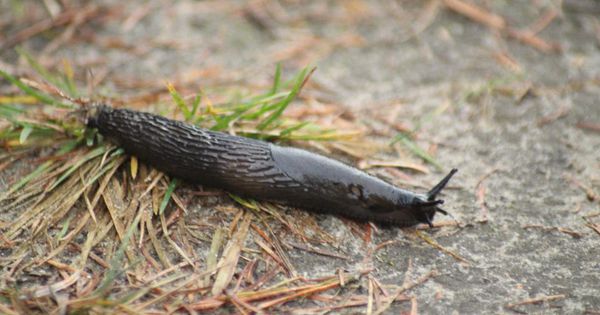 If you see a live slug, don’t eat it, no matter who dares you to do so. (Photo: Getty Images)

The Centers for Disease Control and Prevention (CDC) only recently confirmed that these were indeed rat lungworm disease cases. Such confirmation was necessary because, after all, it’s not every day that someone gets rat lungworm disease. It’s also not something to take lightly. You don’t typically use it as an excuse to call in sick, “oh, yes, couldn’t make it to work today because of a bout of rat lungworm disease,” or to back out of a date, “sorry, you are so great but it’s not you. It’s just my rat lungworm disease acting up.”

No, rat lungworm disease can only occur after you eat rat lungworm larvae, which fortunately doesn’t seem to be a common occurrence. Rat lungworm larvae is not something that you would ever want to deliberately eat. It is not like avocado toast. If someone asks you if you would like rat lungworm otherwise known as Angiostrongylus cantonensis with your toast, say no. The same goes for live snails or live slugs.

So, rat poop, there it is. Ready for snails or slugs to much on or rub against, because that’s what snails and slugs do. The A. cantonensis larvae in the rat poop can enter the snail or slug either through their mouths or by penetrating their skin. After the larvae grow for a while in the snail or slug, a rat may then come along and see lunch. Thus, continues the circle of life for the rat lungworm. The first part of this CDC video shows this circle:

Wondering how humans can get in on this wonderful circle? Well, that can be accomplished by eating an infected raw snail or slug, something that has eaten an infected snail or slug (e.g., shellfish), or something touched by an infected snail or slug. Eating a live slug on a dare is what one of the adult visitors to East Hawaii did in December 2018. This slug apparently had the rat lungworm larvae in it. As a result, the adult grew ill in late December, becoming one of the 10 cases of angiostrongyliasis, the other name for rat lungworm disease, in Hawaii in 2018.

The other two of the three visitors became angiostrongyliasis cases during the first two months of 2019. Neither had eaten slugs on dares but instead ate fruits and vegetables that may have contaminated by either snails or slugs.

Once the rat lungworm larvae make it into your gastrointestinal tract, various things could happen. You could end up having no symptoms and no real problems. The larvae could end up penetrating your intestinal walls and traveling to your central nervous system and your brain. There, they could potentially cause trouble.

One possibility is a rare type of meningitis (eosinophillic meningitis), which is when the membranes surrounding your brain get inflamed. Possible symptoms include severe nausea, vomiting, neck stiffness, and headaches as well as abnormal sensations in your arms and legs. Such symptoms typically take one to three weeks (potentially up to six weeks) to appear and last from two to eight weeks.

Fortunately, your body doesn’t tend to make a great home for this parasite, because you aren’t a rat, at least in the biologic sense. Therefore, the infection and symptoms frequently resolves without any treatment.

However, this isn’t always the case. In rare cases, the infection can result in permanent brain damage, especially if the brain itself gets inflamed, and even death. This is what happened to an Australian teenager, who also ate a slug on a dare, developed angiostrongyliasis, became paralyzed, and after a long eight-year struggle eventually tragically died, as described by Eli Meixler in Time.

Therefore, even though angiostrongyliasis is not common, you want to take proper precautions to prevent such an infection. The Hawaii Department of Health recently tweeted the following warning to wash fruits and vegetables before eating them:

We received notification from @CDCgov that its laboratory confirmed three unrelated cases of angiostrongyliasis, or rat lungworm disease, in visitors to Hawaii Island. Learn more about the cases and how to protect yourself at https://t.co/kOqqhOFyHa pic.twitter.com/0bBfH5TYus