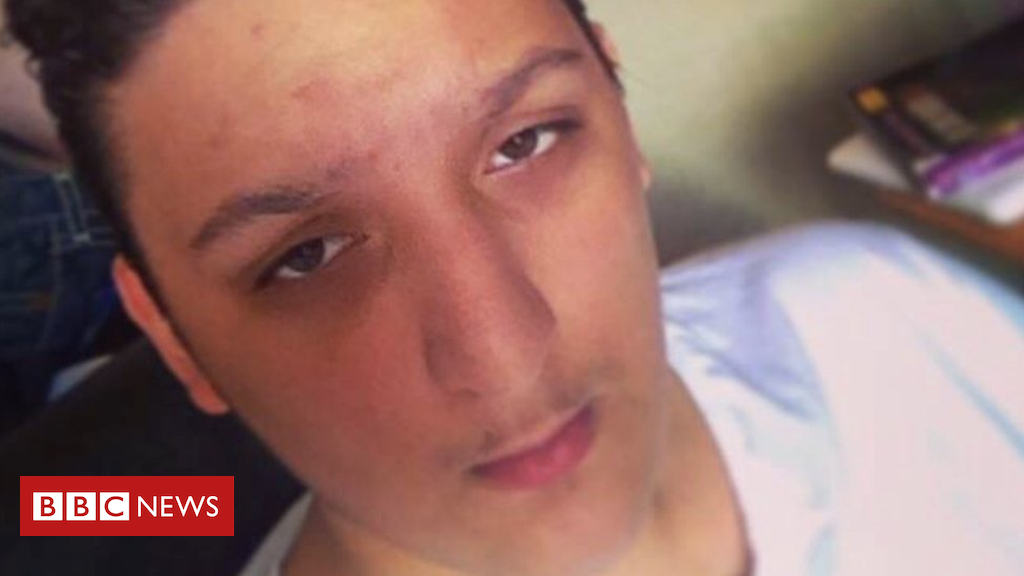 At least 204 deaths have been linked to the misuse of anxiety drug Xanax in the UK since 2015, figures seen by the BBC’s Victoria Derbyshire programme reveal.

Counterfeit Xanax bars with a street value of more than £1m have been seized at UK ports and airports since 2016.

Border Force said its officers were “at the forefront of the fight to keep illegal drugs out of the country”.

“We are taking a smarter approach to restricting the supply of drugs and are adapting our approach to reflect changes in criminal activity,” it added.

Pfizer, the company that developed Xanax as a prescription drug, said it was “alarmed by the rise” of counterfeit versions and that it “continued to work side-by-side with all law enforcement”.

It added that Xanax was “subject to strict regulations” and “should only be used as prescribed by and under the supervision of a qualified healthcare practitioner”.

‘I begged him to listen’

Xanax, also known by the name alprazolam, is widely prescribed in the US to treat anxiety and panic attacks, and can be obtained on private prescription in the UK – though not through the NHS.

Counterfeit versions of the class C drug are often bought via the dark web, and mixed with other substances, which makes it extra dangerous.

There were 35 deaths reported in England and Wales between 2015 and 2018, figures provided by the Office for National Statistics show.

Between 2015 and 2017 – 43 people have died in Northern Ireland having misused Xanax with other drugs.

A post-mortem examination found illegally-obtained, counterfeit Xanax to be the cause of his death. There were also traces of MDMA and alcohol in his blood.

“I kept begging him to listen. Xanax was the problem with him,” she said, breaking into tears. “He was addicted and I tried so hard.

“When he died, so did the family. We’re all in pieces.

“He just thought it was a party thing. He was educated, loved by everyone – all the love in the world didn’t save him.”

In 2018, some 340,000 counterfeit Xanax bars were seized at UK ports and airports, figures from Border Force figures and the Medicines and Healthcare products Regulatory Agency (MHRA) show.

The MHRA’s head of enforcement, Alastair Jeffrey, said the key was raising awareness among the public and giving people “the knowledge that buying medicines outside the regulated supply chain is a really dangerous thing to do”.

In Belfast, rough sleeper Andy, 22 – whose surname we are not using – said he was dependent on the drug and took up to 20 illegally-obtained pills a day.

When the Victoria Derbyshire programme met him, he said he had been on a life-support machine two days earlier, because of the effects of Xanax.

“My heart stopped. They cut my clothes off. They had to put tubes down me and I was on a life-support machine,” he said.

“I woke up. Thankfully.”

He added that he was already back taking Xanax.

Read More:  Why can antidepressants make you suicidal

Asked why, he answered: “I don’t know any better.

Northern Ireland’s police service (PSNI) said counterfeit Xanax was the third most-seized drug there, accounting for 25% of the 113 deaths involving drugs recorded in 2018.

The PSNI’s DCI David Henderson said it had “more seizure incidents of [psychoactive drugs] benzo, which includes Xanax, than we do of heroin or ecstasy.”

‘Alarmed by the rise’

Some hospitals have been struggling to cope with overdoses involving the misuse of Xanax.

NHS Grampian in Aberdeen issued a warning of the dangers in 2018, having recorded 29 deaths involving the drug the year before.

The Scottish government said it was “increasing awareness of the health-related dangers of misusing prescription drugs… and addressing the underlying factors”.