Primary syphilis includes the first sign of syphilis, which is typically a small and painless sore near the genitals, anus, or mouth, near the site of infection.

If a person does not seek treatment after noticing these first signs appear, syphilis may progress to the second stage.

According to one 2016 study that appeared in the journal Head and Neck Pathology, around 25 percent of people who have an infection of the Treponema pallidum bacterium will develop secondary syphilis.

At the secondary stage of the disorder, syphilis is still curable with medication. If the person does not work to treat the condition, however, it may progress to further stages, where medical treatment is more difficult or impossible.

The most common sign of secondary syphilis is a rash that does not itch or cause pain. The rash may appear on one part of the body or be more widespread. 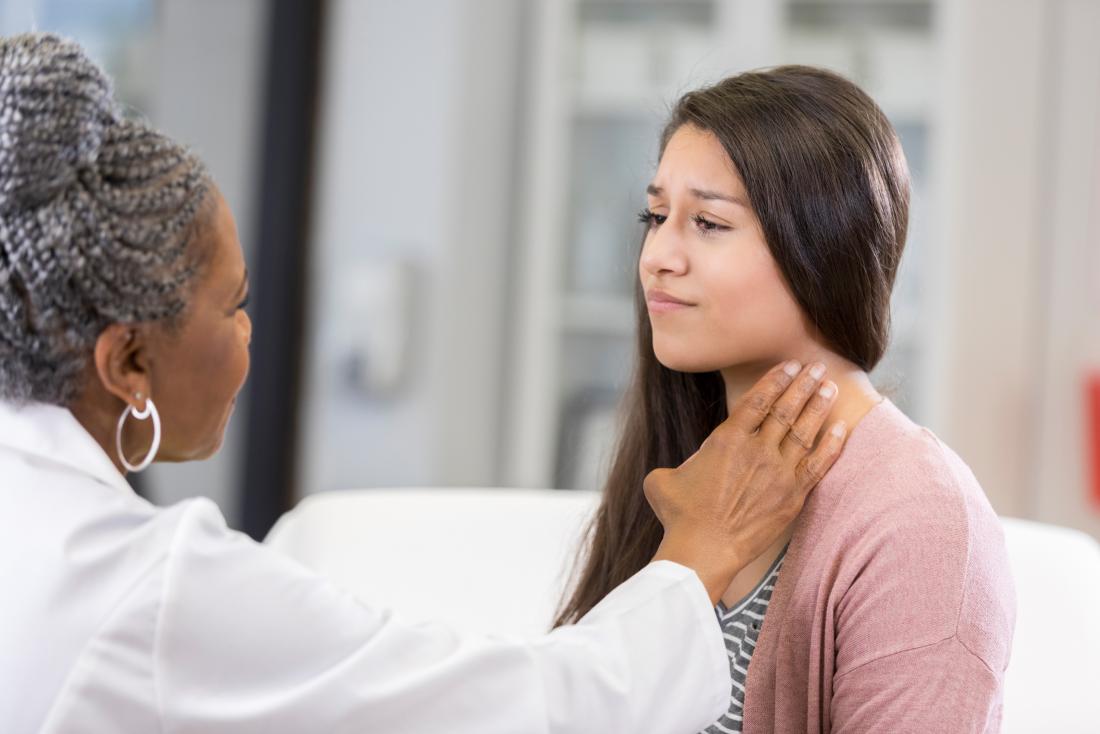 Secondary syphilis can cause the lymph nodes to swell.

Primary syphilis typically shows up as a single, open sore around the genitals, mouth, or anus. The sore, which doctors call a chancre, is painless.

It is a small, firm bump-like sore that appears anywhere from 10 to 90 days after the infection occurs. The Centers for Disease Control and Prevention (CDC) note the average time for the first symptom to appear is 21 days.

The initial sore may also appear on the inside of the mouth, anus, or vagina, making detection difficult until the secondary stage.

Secondary syphilis occurs as the infection progresses. More lesions may appear on the mouth, anus, or vagina during this stage.

Some people may also experience a rash. The characteristic rash from secondary syphilis appears as rough, reddish-brown spots that usually appear on the palms of the hands or bottoms of the feet.

The rash is typically painless and does not itch. It may appear in one area of the body or spread to multiple areas.

However, rashes may have different appearances and occur in many locations on the body.

For instance, some people may experience condyloma lata, which are large, grayish-white lesions that appear in warm and damp environments such as the armpits, mouth, or groin. Sometimes, it is very faint, and a person may hardly notice that they have a rash.

Other symptoms that may help doctors diagnose secondary syphilis include:

After a time, latent syphilis may lead to late-stage, or tertiary, syphilis, which may harm entire organ systems and possibly lead to death.

Treating syphilis as soon as possible is important to avoid potential for complications or the spread of the infection.

Syphilis is a sexually transmitted infection (STI), so sexual contact may expose people to the infection.

The CDC note that in recent years, 58 percent of new primary and secondary syphilis diagnoses occurred in men who have sex with men. However, syphilis is still prevalent in sexually active heterosexual couples and in females.

Syphilis passes between people through direct contact with syphilis sores. These sores typically occur in areas that have to do with sexual contact, such as the:

The sores may also appear on the inside of the genitals, anus, or mouth, making them less obvious to the infected person or their partner. This may cause people to spread the infection without knowing that they have it. The primary and secondary stages of syphilis are extremely contagious.

Congenital syphilis may also be an issue, but it only accounts for a small percentage of new infections. Congenital syphilis occurs when a pregnant person who has the syphilis infection passes it to their unborn or newborn child. This can lead to potentially life-threatening complications in the child.

It is not possible to catch syphilis from secondary items, such as sharing a toilet seat, bathtub, or clothes with a person who has the infection.

Diagnosis for secondary syphilis generally begins with a physical exam.

If they suspect that syphilis is the cause, the doctor may order blood tests to check for the antigens the body creates as it fights off syphilis.

Doctors may also diagnose syphilis by testing some of the fluid from an open sore under a microscope. This practice is rare today, as blood tests are cheaper and more available.

When to see a doctor 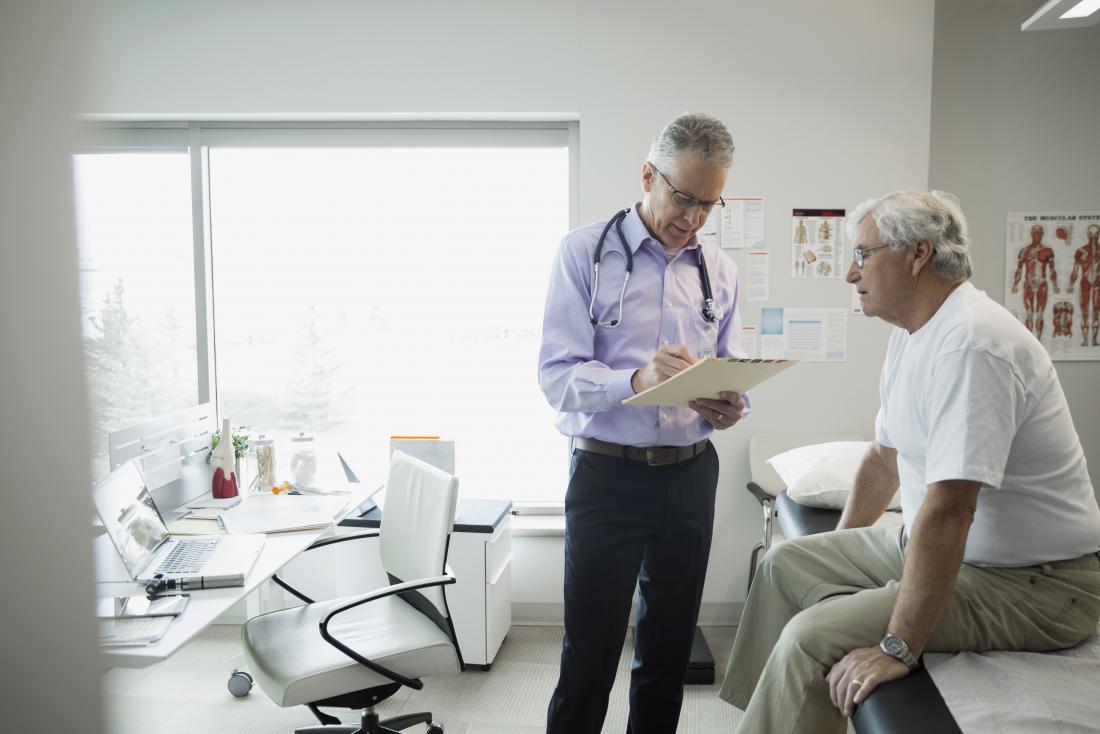 People can see their doctor if they have any symptoms of syphilis.

Anyone with open sores on their genitals, anus, or mouth should see a doctor. Even in cases where the cause is not syphilis, other STIs or infectious diseases may cause similar symptoms, and a quick diagnosis may help avoid complications.

Anyone with a recent sexual partner testing positive for syphilis should also see a doctor.

Men who have sex with men should consider routine testing for syphilis.

Read More:  Why COVID-19 Is Making Your Hair Fall Out

People who have HIV or are taking PrEP, a medication to prevent HIV, and are sexually active should also consider regular testing for syphilis.

As a safety precaution, doctors will generally recommend that pregnant people have blood tests for syphilis. This is because without treatment, syphilis may be harmful or even fatal to an unborn baby.

Treatment may vary slightly depending on the results of blood tests or other factors, such as whether someone is pregnant.

Other antibiotics may also work if the person does not respond well to penicillin or has an allergic reaction. Doctors tend to recommend penicillin for pregnant people, as some other drugs may potentially harm a developing fetus.

Treatment may eliminate the infection, but it will not repair any damage from the infection itself, which is another reason why early detection and treatment is crucial.

Prompt treatment for secondary syphilis is important. Without treatment, syphilis may progress and can lead to serious or potentially life-threatening complications.

It is important to avoid sexual contact while going through treatment, as the infection may still be contagious until it is gone. After syphilis treatment, the infection will not flare up or come back.

However, it is possible for a person to catch the infection again. Using latex condoms may help prevent spreading syphilis infections in some cases.

With early detection and treatment, the infection will clear up relatively quickly.