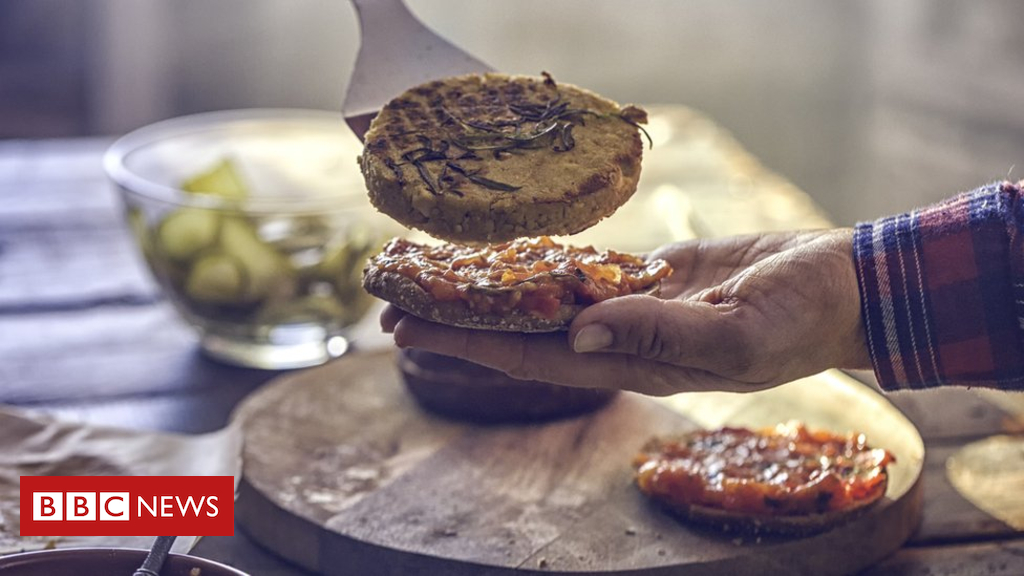 More than a quarter of meat-free burgers, sausages and mince tested for a study exceed maximum recommended salt levels, a campaign group has warned.

A total of 28% of the 157 meat substitute products studied by Action on Salt missed the voluntary salt targets set by Public Health England.

The worst offenders were saltier than Atlantic seawater, the report found.

Public Health England said it had told companies the importance of meeting its voluntary targets.

But Action on Salt called on PHE to take “urgent action” to do more to lower salt in the products.

Of all of the meat-free alternatives studied by Action on Salt, only three were low in salt.

Meat-free bacon was found to be the saltiest range of products, followed by sliced “meat”, while vegetarian burgers were saltier on average than those containing meat.

There were also large variations between products in the same category, with the biggest being the 83% between the saltiest and least salty meat-free mince products. Tesco’s Meat Free Mince had one of the lowest levels of salt of all the 157 products analysed.

Tofurky and Tesco have yet to respond to a request to comment on the findings.

What are PHE’s salt targets?

How the products compare

What are the recommended maximum salt consumption limits?

Action on Salt chairman Graham MacGregor, professor of cardiovascular medicine at London’s Queen Mary University, said: “Reducing salt is the most cost-effective measure to reduce the number of people dying or suffering from entirely unnecessary strokes and heart disease.”

He added: “It is incomprehensible that Public Health England are not doing more to reduce the amount of salt in our food. We are again calling on PHE to take urgent action”.

Prof Louis Levy, head of nutrition science at Public Health England, said salt consumption had fallen over the last decade “but there is still a long way to go, as some foods still contain too much salt”.

He added: “Government has been clear with the food industry on the importance of meeting the 2017 salt targets.

“Since taking over salt reduction, PHE has been collecting data on industry’s progress and we’ll report later this year as planned.”

Quorn, one of the leading producers of vegetarian meat, said it had varying levels of salt in its products.

A spokeswoman added: “While they are higher in salt, as clearly marked on the pack, they are still low in saturated fat.

“We review all our product recipes on an ongoing basis to ensure we are achieving what our consumers want in terms of taste and health credentials.”