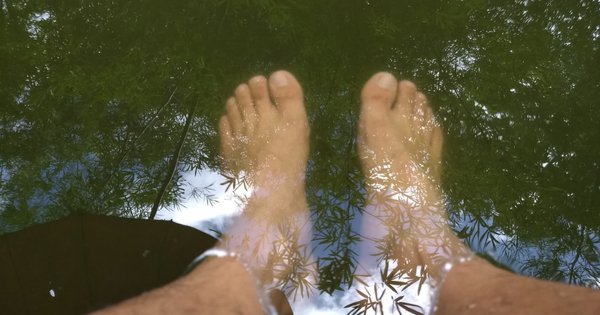 The thought of a doctor taking away a man’s ability to naturally father children is complex, terrifying, and, I would argue liberating and the final fulfillment of a man’s responsibility to his wife and family.

Vasectomies are an underutilized form of birth control in the United States.

Data from the United Nations in 2015 estimated that female sterilization is twice as prevalent as vasectomies. In fact, among developed countries, the United States has one of the lowest rates of vasectomies. Some men might actually gloat about this fact– placing the final family planning act on their female partner. I would argue that men are not doing their part and in fact ducking their responsibility. The complexity and risk of a woman undergoing a tubal ligation or other permanent forms of birth control are much greater in comparison to a vasectomy.

Are there risks to the procedure? Of course, no surgery or procedure is without risks and complications, but the minimal invasiveness of a vasectomy makes this procedure a much easier option for a permanent birth control option for couples.

Why are more men refusing to undergo this procedure in favor of putting their partners at considerably more risk? Is it the fear of pain? Fear of not being able to conceive a child naturally? That their masculinity will take a hit? In the age of internet health, there are plenty of resources that outline the steps, patient experiences, and even videos if you so wish to indulge.

While I do believe it is the man’s responsibility to finalize his family unit and undergo this last act of birth control, I think that men should be honored and celebrated for this act.

Rituals and ceremonies are woven into the fabric of our society and celebrate some of life’s biggest and smallest movements. We often have expectations around what, why, and how they exist. We can make them as big a celebration, low key, spiritual or secular as we choose. Regardless of the character of the ritual, they serve as an important marker of a threshold that we cross.

When my wife, Sarah, and I decided our family was complete, we set out to create an intentional experience that celebrated this decision and honored the closing of a chapter in our lives.

Making the choice as a couple to no longer have kids together is major life decision that often gets overlooked in the speed that we live and our existence among the chaos of daycare, diapers, screaming toddlers, and the constant and unrelenting sleep deprivation of raising children.

A man’s choice to have a vasectomy is a recommitment to his wife and their marriage. You can always get a divorce. No guarantee a vasectomy reversal will work. We as men are taking ourselves out of the procreation game.

The night before my vasectomy my wife and I sat together and she led me through a ritual that honored the role I played in establishing our family, our recommitment to our marriage, and the threshold that I was about to cross.

This is meant to serve as a guide- a vasectomy ritual playbook—for you to use and adopt as you see fit. Listen to yourself and what you need to help you feel more comfortable with this process.

Wait until your kids are asleep. Light a candle. Make sure you are comfortable.

As Sarah likes to remind me at times, all I contribute to the life and growth of our babies is one single sperm. One. That’s it. Truth. But it’s an important sperm.

Sit together and try and recall the enjoyment of making babies. Can you remember the actual timed you conceived? Was getting pregnant a challenge that strained your relationship? Recall the joy of discovering that you were actually pregnant after peeing on 20 sticks and finally seeing two lines!

Sarah honored how I took care of her when she was pregnant and through labor. She recalled how I didn’t leave her for her 10 hours and peed into a bottle by her hospital bed. We reminisced about how totally overwhelmed we felt leaving the hospital and going home for the first time. We reflected on how hard those first few months were when we had no idea what the hell we were doing and were terrified that somehow we would do something to harm our son.

She honored the father I was in the beginning years and how I had grown into a co-parent and a co-provider for our family. She paid tribute to the man I had developed into.

I was nervous as hell for my vasectomy, but I had never stopped to think or ask what was I actually nervous about. What was it that I was fearful of?

I sat with my feet in a bowl of warm water. As I sat with my nerves and fears and trying to sort out the tight feeling in my chest, Sarah invited me to close my eyes and let my fears wash down into the water.

I didn’t say anything at first, but eventually I realized I was scared.

I was scared that I would regret my decision. I was nervous that I would feel less masculine. That because I could no longer spread my seed I would be less manly.

Despite performing this surgery on men on a weekly basis I was worried I would be in terrible pain.

Once all my fears were in the water, I went out and threw the water outside.

[More into lighting things on fire? Write down your fears, light them on fire, and feel them release into the smoke.]

After releasing my fears, Sarah and I sat together and set some intentions and began to dream about what the next chapter in our relationship was to look like. Now that we were done having kids, what did our relationship look like? What was our sex life now that it was all about pleasure and had nothing to do with making babies?

While doing this, she continued to help ease my nerves with a wonderful foot massage.

Sound simple? It is. The most powerful rituals usually are.