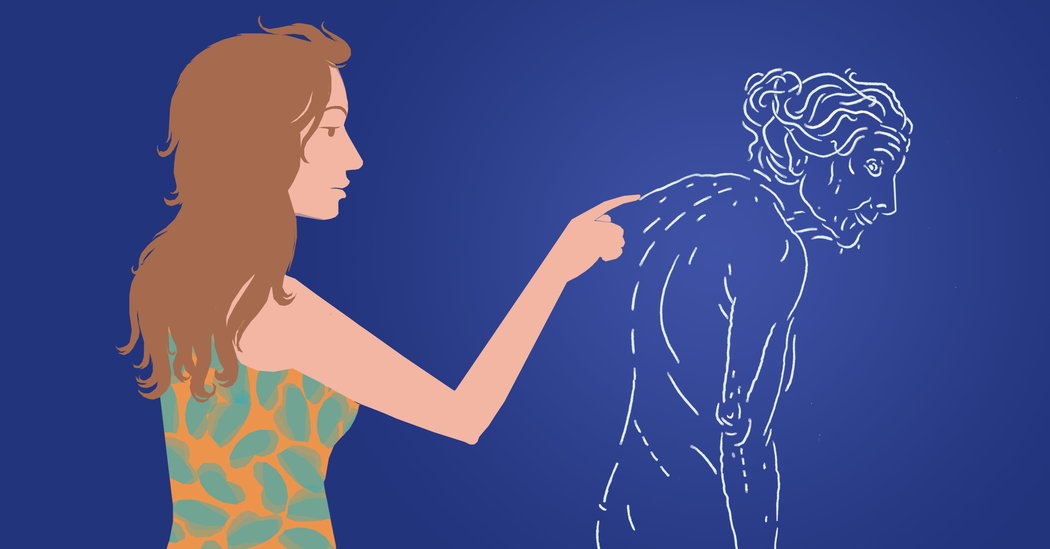 My mother made me promise to look after her face when she was no longer able to. After menopause, she kept regular electrolysis appointments, hoping to permanently eradicate each new chin hair as it appeared.

She said her greatest fear was being “one of the little old bearded ladies in the nursing home.” Of course, this was a proxy for other fears: being helpless, at the mercy of others’ compassion and care; the body’s incessant and inevitable failure; and death itself.

I swore to be the caretaker of the chin hairs. I was her only daughter, after all.

When she declined suddenly, one summer into fall, then at a slower but relentless pace for another year, I did more than that. Helping her shower, I needed to become acquainted with just about every fold and crevice that was my mother. I mapped and logged the bruises caused by the blood thinners, changed and cleaned up after the adult diaper, soaped between the misshapen toes and underarms, and dried the small whorls of ears. I became the brusher of the dentures when she forgot how to, the learner of the little trick of where to place my thumbs to break the suction of the denture plate from the roof of her mouth. I combed the beautiful fine silver hair, trying to create a little lift over the pink of the scalp showing through. I massaged the cramped calf.

I came to feel as tenderly toward her body as I had toward the infant bodies of my sons — the one responsible for its suit of skin, its excretions, the support of its unseeable organs.

Of course, the body includes the brain, and my mother’s brain, at the very end, betrayed her as much as the endocrine system that sprouted the upsetting facial hair. When she thought the aides at her assisted living home near Boston were conspiring to put her out on the street and make her homeless, her paranoia is what actually caused her to lose the apartment; she needed a higher level of care and supervision than they could offer.

The physical and mental merged into one phenomenon: high blood pressure and atrial fibrillation fanned little clots to her brain, contributing to the vascular dementia causing her confusion and agitation.

During her inpatient psych evaluation, the attending psychiatrist detailed the new meds: olanzapine for psychosis; escitalopram for depression; as well as a dash of synthetic marijuana, ostensibly to increase appetite, but to which I attributed my mother’s new mellow and cooperative attitude. Her precisely calibrated cocktail for sleep and dreams and daylight contentment actually worked. After her monthlong period of acute distress and paranoia, it felt miraculous.

She still misplaced words, or mixed them up in comical ways, but she also kept intact a kind of lyrical possession of them.

My mother, ever the lover of language, became a poet. When we drove away from McLean Hospital and the wild geriatric psych ward where she had been assessed and treated — in her mind, incarcerated — for two endless weeks, she asked me, “Where is that surprise house, the one where they are running and jumping?”

Another comment, leveled at me without context but matter-of-factly, was issued as a charge: “Let us pierce through the darkness and decide that we will investigate.” And then, this cleareyed assessment of what it means to be alive: “The world is coming right for us.”

At the very end, when almost all of her words had flown out the window, I’d be grooming her — washcloth, Q-tip, the slim electric razor buzzing gently around her jawline — and she’d always look me right in the eyes when I finished and say, “Thank you.” No matter how far away, or sleepy, or lacking in language, she never once failed to snap to and thank me for taking care of those chin hairs.

I was not the sole caretaker of my mother’s body at the end of her life, but I checked in almost daily and picked up where the aides left off, especially for the bedtime routine.

My attention to her most intimate needs grew in stages as she required it, so that I almost didn’t notice we had crossed every physical boundary together — until suddenly we had. Until suddenly she was a body that had died holding my hand, and a body I dressed for the last time as she would have wanted me to, as I knew how to so exactly by then, as if that body were my very own.

Suzanne Matson’s latest novel is “Ultraviolet,” a story of mothers and daughters; she teaches at Boston College.