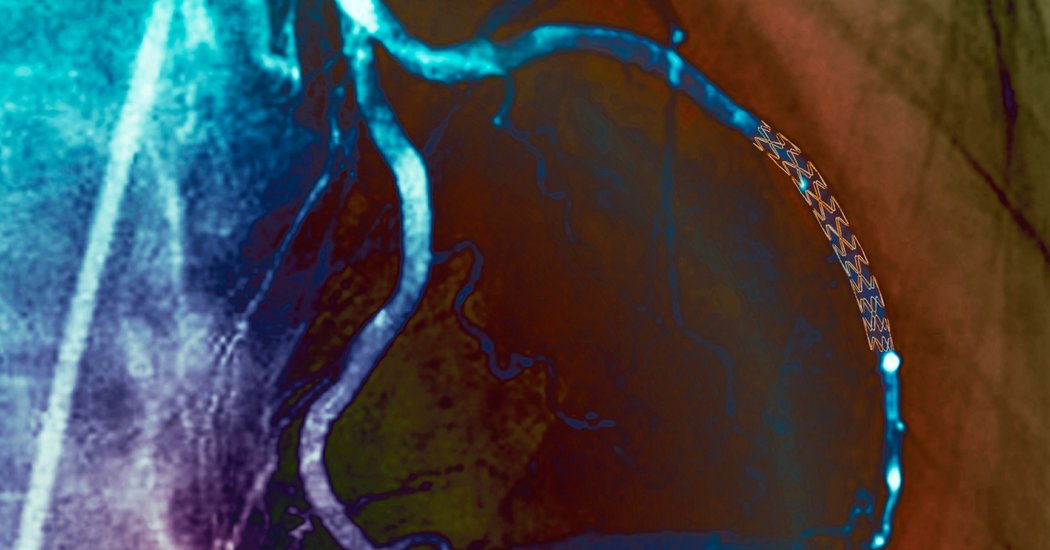 The findings of a large federal study on bypass surgeries and stents call into question the medical care provided to tens of thousands of heart disease patients with blocked coronary arteries, scientists reported at the annual meeting of the American Heart Association on Saturday.

“You would think that if you fix the blockage the patient will feel better or do better,” said Dr. Alice Jacobs, director of Cath Lab and Interventional Cardiology at Boston University. The study, she added, “certainly will challenge our clinical thinking.”

This is far from the first study to suggest that stents and bypass are overused. But previous results have not deterred doctors, who have called earlier research on the subject inconclusive and the design of the trials flawed.

Previous studies did not adequately control for risk factors, like LDL cholesterol, that might have affected outcomes, said Dr. Elliott Antman, a senior physician at Brigham and Women’s Hospital in Boston. Nor did those trials include today’s improved stents, which secrete drugs intended to prevent opened arteries from closing again.

With its size and rigorous design, the new study, called Ischemia, was intended to settle questions about the benefits of stents and bypass.

“This is an extraordinarily important trial,” said Dr. Glenn Levine, director of cardiac care at Baylor College of Medicine in Houston.

The results will be incorporated into treatment guidelines, added Dr. Levine, who sits on the guidelines committee of the American Heart Association.

The participants in Ischemia were not experiencing a heart attack, like Senator Bernie Sanders, nor did they have blockages of the left main coronary artery, two situations in which opening arteries with stents can be lifesaving. Instead, the patients had narrowed arteries that were discovered with exercise stress tests.

With 5,179 participants followed for a median of three and a half years, Ischemia is the largest trial to address the effect of opening blocked arteries in nonemergency situations and the first to include today’s powerful drug regimens, which doctors refer to as medical therapy.

All the patients had moderate to severe blockages in coronary arteries. Most had some history of chest pain, although one in three had no chest pain in the month before enrollment in the study. One in five experienced chest pain at least once a week.

All participants were regularly counseled to adhere to medical therapy. Depending on the patient’s condition, the therapy variously included high doses of statins and other cholesterol-lowering drugs, blood pressure medications, aspirin and, for those with heart damage, a drug to slow the heart rate. Those who got stents also took powerful anti-clotting drugs for six months to a year.

Dr. Judith Hochman, senior associate dean of clinical sciences at N.Y.U. Langone Health and chair of the study, had expected that those with the most severe chest pain and blockages would benefit from stents or bypass.

But “there was no suggestion that any subgroup benefited,” she said.

Ischemia’s results are consistent with current understanding of heart disease. Researchers have learned that a patient with a narrowed artery may have plaques not just in a single blocked area, but throughout the coronary arteries.

There is no way to predict which of those plaques will break open and cause a heart attack. Stents and bypass treat only areas that are obviously narrowed, but medical therapy treats the entire arterial system.

Yet when a cardiologist sees a blockage, the temptation for doctor and patient alike is to get rid of it quickly, said Dr. David Maron, director of preventive cardiology at Stanford University, the study’s other co-chair.

When an exercise stress test indicates a narrowing, most doctors send patients to a cardiac catheterization lab to look for blockages, Dr. Maron said. If there is a blockage, the usual practice is to open it with a stent.

If stenting is not feasible — because of the configuration of the patient’s arteries, for example — bypass surgery is usually the next step.

Patients with abnormal stress tests should talk to their doctors about the options, Dr. Maron said. If a patient has chest pain despite taking recommended medications, a stent or bypass might help improve quality of life.

Still, he said, patients have time to make considered decisions.

“You don’t have to rush to the cath lab because, OMG, you will have a heart attack soon or drop dead,” Dr. Maron said. “If you have had no angina in the last month, there is no benefit to an invasive strategy.”

But the conventional wisdom among cardiologists is that the sort of medical therapy that patients got in Ischemia is just not feasible in the real world, said Dr. William E. Boden, scientific director of the clinical trials network at VA Boston Healthcare System, who was a member of the study’s leadership committee.

Doctors often say that making sure patients adhere to the therapy is “too demanding, and we don’t have time for it,” he said.

But getting a stent does not obviate the need for medical therapy, Dr. Boden noted. Since patients with stents need an additional anti-clotting drug, they actually wind up taking more medication than patients who are treated with drugs alone.

About a third of stent patients develop chest pain again within 30 days to six months and end up with receiving another stent, Dr. Boden added.

“We have to finally get past the whining about how hard optimal medical therapy is and begin in earnest to educate our patients as to what works and is effective and what isn’t,” Dr. Boden said.