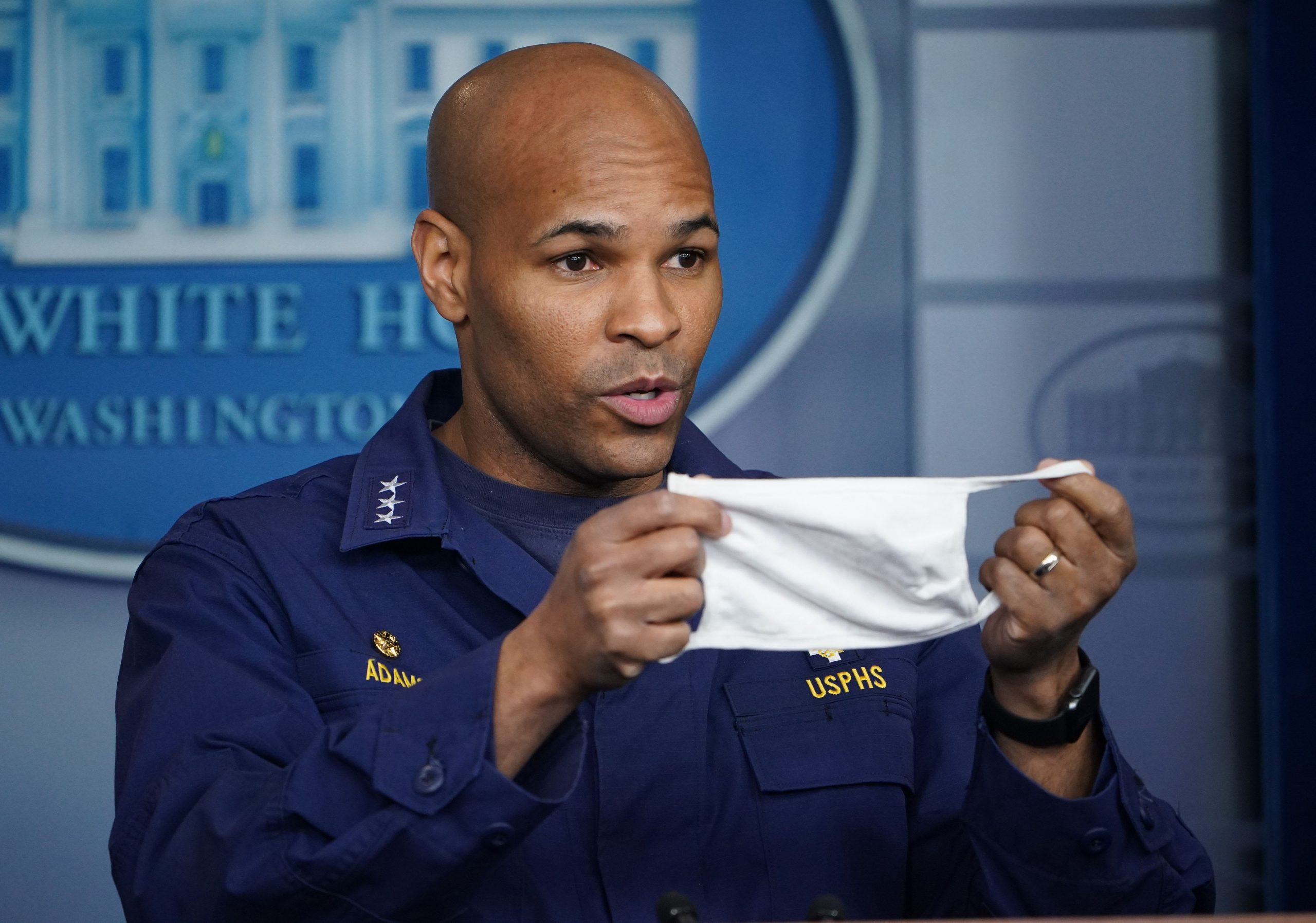 US Surgeon General Jerome Adams holds a face mask during the daily briefing on the novel coronavirus, which causes COVID-19, in the Brady Briefing Room of the White House on April 22, 2020, in Washington, DC.

Surgeon General Jerome Adams on Friday stopped short of advising people to avoid participating in large gatherings over the Fourth of July weekend, despite warnings from health officials that such events may spread the coronavirus.

His remarks come as President Donald Trump plans to appear at two large Fourth of July events, one at Mount Rushmore in South Dakota on Friday evening and one in Washington, D.C., on Saturday. Dozens of states are reeling from a spike in confirmed coronavirus cases as reopening efforts continue in the United States.

When asked whether he’d advise someone to go to a large gathering, Adams in an interview with NBC’s “Today” evaded answering the question directly, instead rattling off points for individuals to consider before making that decision.

He recommended that an individual recognize whether they’re at higher risk for the coronavirus because of underlying medical conditions and whether the community they’re in has seen spikes in confirmed cases recently.

“Today” show host Craig Melvin interrupted before Adams finished his points, pressing him on whether he’d advise someone to attend an event where there will be a large gathering of people.

“It’s not a yes or no,” Adams said. “Every single person has to make up their own mind. There are going to be people going to beaches, going to barbecues, going to different environments. And they have to look at their individual risk. As you mentioned, CDC says larger gatherings are a higher risk. You have to take that into account again with whether or not you’re at risk, whether or not you live with someone who is vulnerable.”

Read More:  How to Get Shiny Hair Overnight – 7 Wonderful Tips

Adams urged people who do go out to wear a face covering.

“If we all wear these, we will actually have more independence and more freedom, because more places will be able to stay open and will have less spread of the disease,” he said.

Trump is scheduled to attend a Fourth of July celebration this weekend, with large gatherings of people expected on the National Mall. White House spokesperson Kayleigh McEnany on Wednesday said that masks will not be required during the event.

“The president has said that we should follow our local authorities with masks, so that’s the decision,” McEnany said. “He encourages people to follow those authorities. CDC guidelines, I’d also note, say recommended but not required, and we are very much looking forward to the Fourth of July celebration.”

Trump is also scheduled to attend a fireworks display on Friday in South Dakota, where Republican Gov. Kristi Noem said social distancing will not occur and masks will be optional.

“We will have a large event at July 3rd. We told those folks that have concerns that they can stay home, but those who want to come and join us, we’ll be giving out free face masks, if they choose to wear one. But we will not be social distancing,” Noem said Monday night in a Fox News interview.