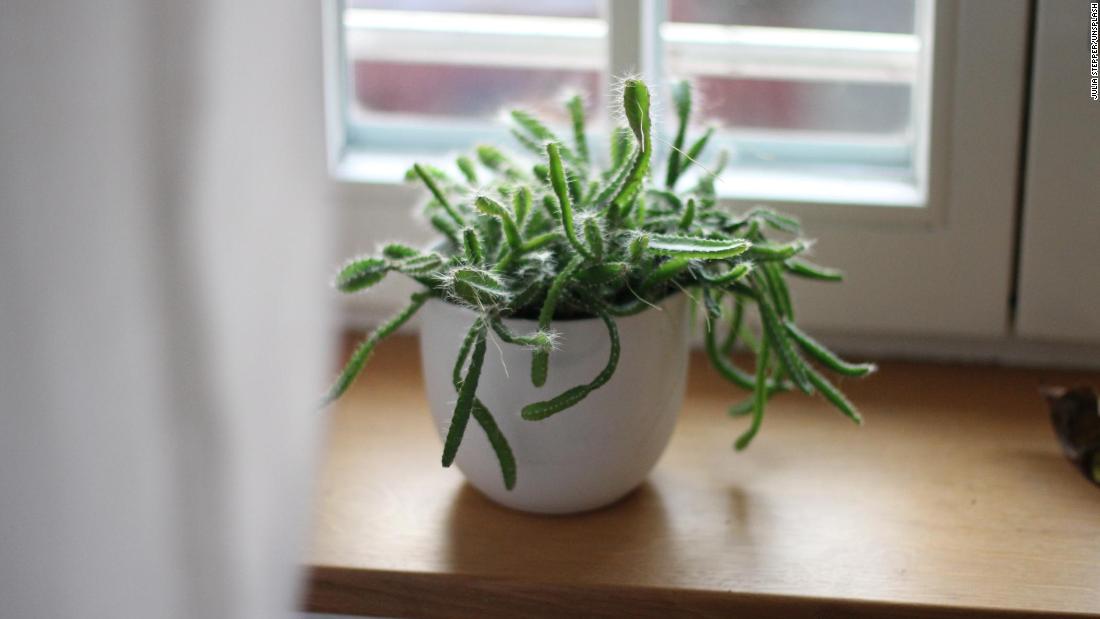 There are two primary myths about keeping plants in indoor spaces: one is that you get more oxygen with a houseplant around, and the other is that the plant helps clean the air. Turns out, neither one is true.
A study published this week in the Journal of Exposure Science & Environmental Epidemiology debunked the myths by analyzing 12 studies on the subject over the past 30 years.
“[The studies] would take a potted plant and put it in a small chamber … three feet by three feet by three feet … and they would inject a particular volatile organic compound (VOC) into the chamber … and watch it decay over time, and that decay is what they would contribute to the plant clearing the VOC,” Michael Waring, one of the study’s authors, told CNN.
“That does occur in the chamber, but it’s the microbes that are absorbing the VOC, not the plant itself.”
There was also no standardized metric for how the reports were recorded, Waring said, so the study used the clean air delivery rate to predict the effectiveness of plants in a real building.
Modern ventilation takes care of a lot of the cleaning for us, so it would require 10 plants for every square foot to notice a difference, Waring said. Think basically living in a greenhouse.
“We found VOCs were not at all removed by the plants in any real sense compared to the amount of VOCs already being removed by just standard ventilation practices in all buildings,” Waring said.
And as far as the first myth — that you get more oxygen with a houseplant around — Waring said that because ventilation provides constant air from outside, lack of oxygen is never a problem.
However, plants are certainly positive. They create psychological benefits and overall produce good vibes, so they’re nice to have around, even if they’re not the air-cleaning machines we thought they were.