Looking for relief from arthritis? Don’t use WD-40! But you’ll be amazed what among these gadgets and remedies DOES cure creaky knees

By Jo Waters For The Daily Mail

Niggly knees affect one in four of us at some point, be it arthritis, a sports injury or referred pain from your back, hips and feet.

Here, Sammy Margo, a physiotherapist in North London, and Dr Rod Hughes, a consultant rheumatologist at St Peter’s Hospital, Chertsey, Surrey, give the lowdown on gadgets and remedies for the pain. We then rated them. 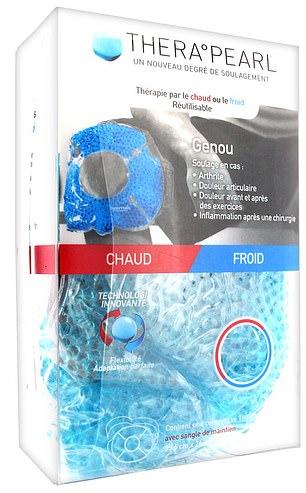 This reusable gel bead pack can be kept in a fridge or warmed in a microwave to provide hot or cold compression. It’s kept in place with a thick, adjustable knee strap.

‘The ice may help to reduce inflammation at the acute stage of a new sports injury by vasoconstriction [narrowing of blood vessels], slowing the circulation.

‘Applied at a later stage, the heat may boost healing by improving blood flow and compression will minimise swelling.’ 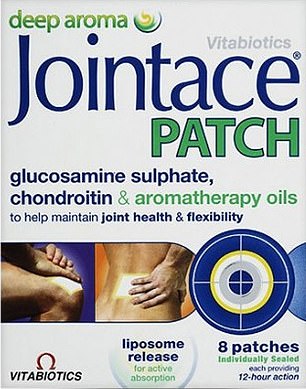 Jointace patch releases glucosamine and chondroitin, natural substances found in supplements that are popular among people with joint problems

A patch that releases glucosamine and chondroitin, natural substances found in supplements that are popular among people with joint problems.

Glucosamine is produced in the body (supplements are made in the laboratory or from shellfish) and is used to make the building blocks of ligaments, tendons and cartilage.

Chondroitin is also made by the body (supplements come from animal or fish cartilage) and forms a vital part of cartilage.

The patches also contain essential oils including lavender, orange, fennel, clove and ginger — thought to have anti-inflammatory properties — and eucalyptus, which has a cooling effect.

It works for 12 hours delivering the ingredients through a slow- release mechanism.

EXPERT VERDICT: ‘A big review of glucosamine data has shown it is not helpful in treating chronic knee pain, so its fallen off its perch from how it was regarded a few years back,’ says Dr Hughes.

‘The aromatherapy oils may be pleasant, but I think it’s expensive at more than a £1  a patch considering there’s no strong evidence it works topically.’ 4.5/10 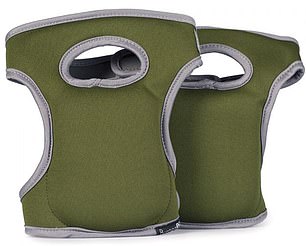 Read More:  How much walking for diabetes

Contoured foam pads you attach to your knees with Velcro for garden and DIY jobs at ground level.

EXPERT VERDICT: ‘These cushion your knees and disperse your weight over a broader area than a cushion,’ says Sammy Margo.

‘Attaching a pad to each knee helps to disperse the load and you can move with it. But anyone with an acute knee injury should avoid long periods on their knees.

This may be useful for people who have just the ‘odd twinge’, adds Dr Hughes. ‘And it would lessen knee cap pain — but equally it won’t make a worn-out knee last any longer. 5/10 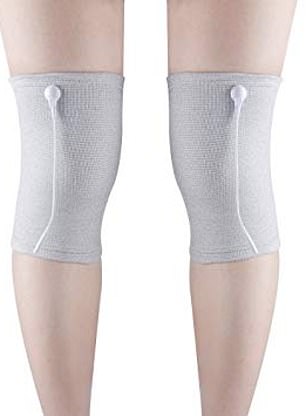 A compression sleeve that can be attached to a Transcutaneous Electrical Nerve Stimulation (TENS) machine (bought separately). TENS transmits electrical impulses that reduce pain signals going to the brain.

The manufacturer claims the combination of compression and electrical nerve stimulation will relieve pain and reduce swelling for those with arthritis or after surgery.

It’s made with silver fabric which conducts the current through the whole garment for relief across a large area.

You’ll need a TENS machine, (from £25). TENS is recommended by the American College of Rheumatology for treating mild to moderate knee osteoarthritis.

EXPERT VERDICT: ‘TENS has been shown in clinical trials to activate opioid pain receptors,’ says Sammy Margo. ‘The electrical impulse blocks pain signals to the brain and stimulates the production of the body’s own natural painkiller hormones endorphins.

‘TENS with compression is a nice combination. Great for people who can’t take pain medication. Silver gives a more diffuse sensation over a larger area.’ 7.5/10 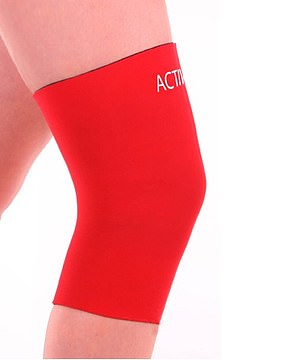 This high-tech fabric brace fits over the knee to support the joint — the manufacturer says it allows movement but won’t slip.

Available in different sizes, it’s said to be suitable for osteo- arthritis, ligament injuries and cartilage tears, as well as bursitis (inflammation of the fluid-filled sacs which help the joint glide).

EXPERT VERDICT: ‘This support will help anyone feel more confident that their knee isn’t going to give way, enabling them to exercise,’ says Dr Hughes.

Sammy Margo adds: ‘This helps you stay active, but if you have an injury you should also have physiotherapy to strengthen the knee from the inside out.’ 8/10 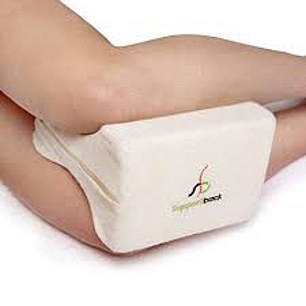 Sports Medica knee pillow has been designed by doctors, physiotherapists and athletes,  its makers claim

An orthopaedic knee pillow which the company says has been designed by doctors, physiotherapists and athletes.

It’s a memory foam pillow with a groove in it to fit between the knees and is said to prevent pelvic rotation and realign your spine.

EXPERT VERDICT: ‘Great for side sleepers,’ says Sammy Margo. ‘It aligns you correctly so you don’t put pressure on your knees in your sleep and it helps to stack up your lower back, hips and knees so they are not subjected to a twisting/torsional strain.’ 7/10 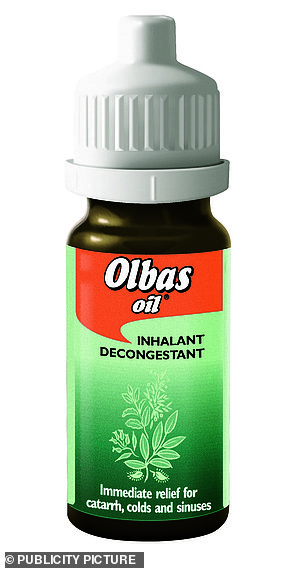 Olbas oil is better known as a cold decongestant remedy, but it contains essential oils said to relieve muscular pain and stiffness if rubbed on the skin

Olbas oil is better known as a cold decongestant remedy, but it contains essential oils said to relieve muscular pain and stiffness if rubbed on the skin. Ingredients include cajuput from the Australian cajuput tree, clove, eucalyptus, juniper berries and a form of menthol. The manufacturer advises rubbing on unbroken skin three times a day (over-12s only) for pain and stiffness.

EXPERT VERDICT: ‘A lot of these ingredients have been used in topical emollients for pain and may have a cooling effect which can block pain impulses,’ says Sammy Margo.

‘There are no safety concerns about using it this way, but avoid contact with the eyes.’ ‘

‘There’s a lot of evidence that the act of a rubbing a painful area can reduce pain,’ adds Dr Hughes.

‘The pressure gives the brain an alternative sensation to focus on and increases blood circulation. But the ingredients lack evidence.’ 6.5/10 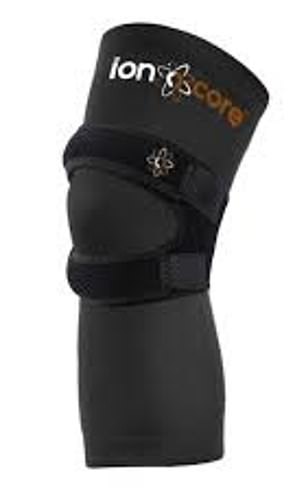 The Ioncore sleeve is designed to give maximum compression for pain relief due to arthritis, tendonitis and runner’s knee

Designed to give maximum compression for pain relief due to arthritis, tendonitis and runner’s knee. Made of 88 per cent copper nylon.

Though it makes no claims for the health benefits of copper, the mineral has a folklore reputation for reducing inflammation.

EXPERT VERDICT: ‘The compression side of the product is great for controlling swelling, but research evidence on the effectiveness of copper in arthritis is on the thin side,’ says Sammy Margo.

‘The blend of the two could help, but it’s not going to rock your universe.’ 5/10

Online forums are full of people who swear by it, despite the fact WD-40’s manufacturer stresses that it should not be used on skin as it can cause irritation. The formula is a trade secret, but includes petroleum distillates.

EXPERT VERDICT: ‘Definitely don’t try this,’ says Dr Rod Hughes. ‘It’s a completely wacky idea that this might help your joints as petroleum distillates can be dangerous to human health if used in this way.’ 0/10 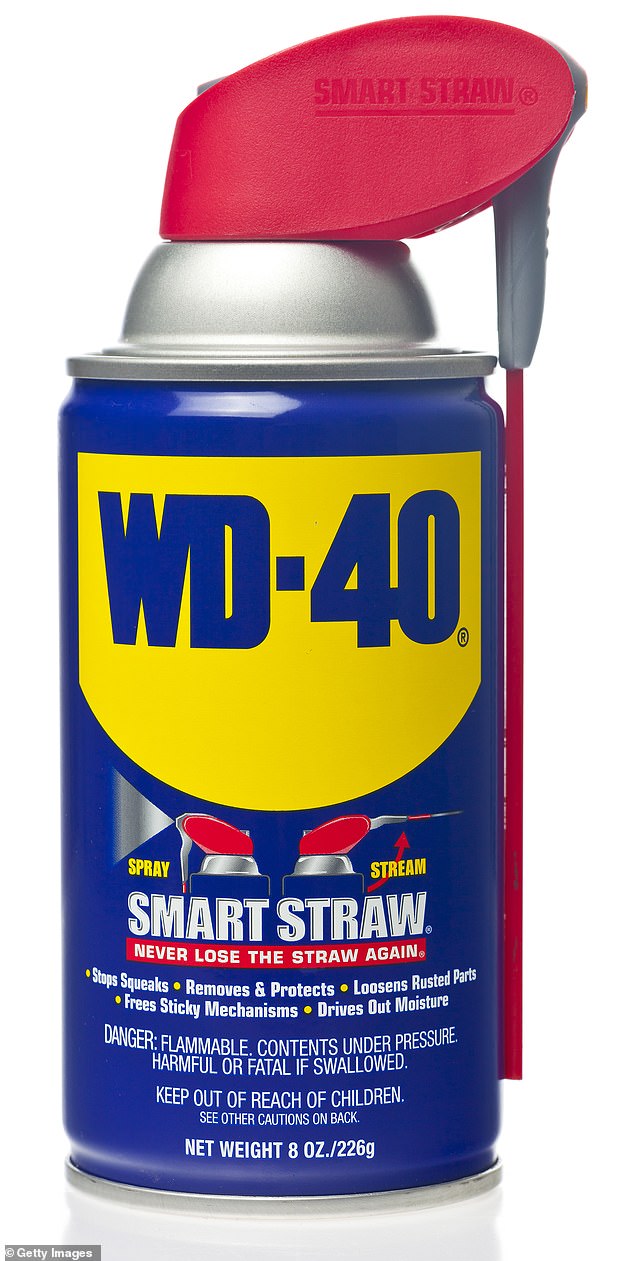 This week: How to get pregnant

DR GOOGLE SAID: Some sexual positions are better than others; put your legs in the air for 20 minutes after intercourse.

THE EXPERT: Internet advice is a jungle, said Professor Nick Macklon, medical director of the London Women’s Clinic. ‘There are myths about putting your legs in the air after sex, for example, and there’s no need — women’s bodies are designed to get the sperm where it needs to go! What can make a difference is lifestyle. Smoking works like a contraceptive due to the damage it does to sperm and eggs; being overweight can affect sperm quality and cause hormonal changes that make it harder for a woman to release an egg, too.

‘A Mediterranean diet can help, while men should avoid anything that heats the testicles: sitting for too long or using laptops. Lastly, have regular sex around the time a woman releases her egg — day 12 after the first day of her period.’

Apart from the cancer risk, there’s another good reason for kicking the smoking habit — it effectively reduces your body’s store of nutrients.

The body deals with poisons such as smoke by fighting them with its defences, using up vitamins and minerals. 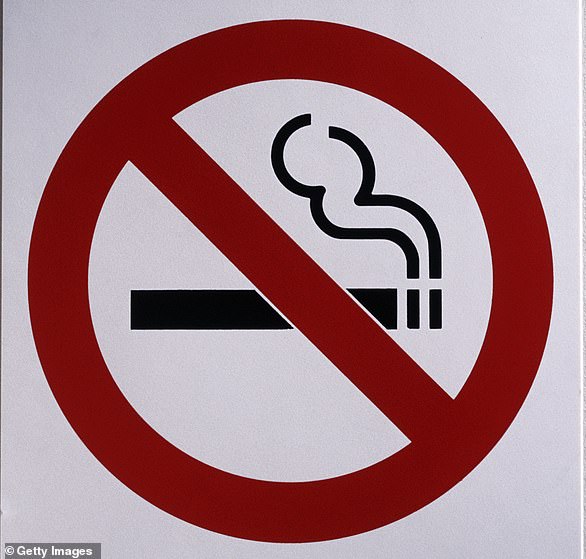 In this way, it can cause premature ageing, as these nutrients work together to protect cell walls and prevent cell damage.’

Smokers may also lack folic acid, which works with vitamin B12 to form healthy red blood cells that transport oxygen round the body.