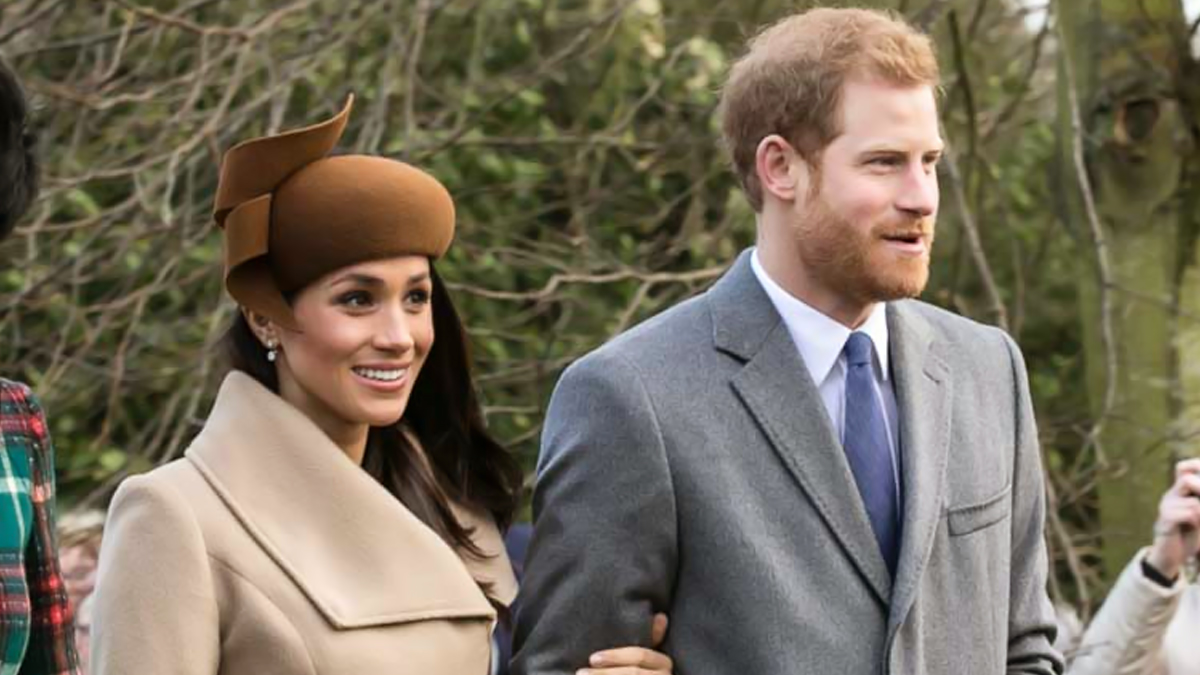 Prince Harry and Meghan Markle will not be returning to their royal roles, Buckingham Palace confirmed on Friday. As per Variety, the Duke of Sussex will also lose his honorary military appointments, which will subsequently be redistributed “among working members of The Royal Family.” Buckingham Palace confirmed the news in a statement, “The Duke and Duchess of Sussex have confirmed to Her Majesty The Queen that they will not be returning as working members of The Royal Family.” Prince Harry, Meghan Markle to be Interviewed by Oprah Winfrey for a CBS Primetime Special.

“Following conversations with The Duke, The Queen has written confirming that in stepping away from the work of The Royal Family it is not possible to continue with the responsibilities and duties that come with a life of public service,” the statement continued. Buckingham Palace further stated, “The honorary military appointments and Royal patronages held by The Duke and Duchess will therefore be returned to Her Majesty, before being redistributed among working members of The Royal Family. While all are saddened by their decision, The Duke and Duchess remain much-loved members of the family.” Prince Harry and Meghan Markle Are Expecting Their Second Child, Confirms a Spokesperson.

Other trusts and patronages that will revert to the Queen include the Queen’s Commonwealth Trust, the Rugby Football Union, the Rugby Football League, the Royal National Theatre, and the Association of Commonwealth Universities. Although Harry and Meghan, no longer use their coveted His/Her Royal Highness titles, they will retain them along with their Duke and Duchess of Sussex titles.

In their own statement confirming the news, Prince Harry and Meghan’s office said that the duo “remain committed to their duty and service to the U.K. and around the world, and have offered their continued support to the organizations they have represented regardless of official role.” “We can all live a life of service. Service is universal,” the statement read. The couple’s probation period was originally not set to come to a close until March 31. In early 2020, Meghan and Harry had announced that they were quitting royal duties and moving to North America, citing what they said were the unbearable intrusions and racist attitudes of the British media. They live in Santa Barbara, California, and are expecting their second child.

The Duke and Duchess of Sussex will speak to American talk show host Oprah Winfrey in a wide-ranging interview which is set to broadcast on CBS next month. The interview was announced just a day after the couple revealed Markle’s second pregnancy. Apart from the upcoming interview, the pair struck a major multi-year deal with Netflix in September that will see them developing documentaries, feature films, scripted television shows, and children’s series.

They also recently launched a podcast on Spotify under their Archwell Audio production company, with the goal of building “community through shared experience, narratives, and values.” Harry and Meghan, who tied the knot in 2018, welcomed their first child, Archie Harrison, in May 2019.

(This is an unedited and auto-generated story from Syndicated News feed, LatestLY Staff may not have modified or edited the content body)

Read More:  Why concerns of a teenage vaping epidemic may be overblown