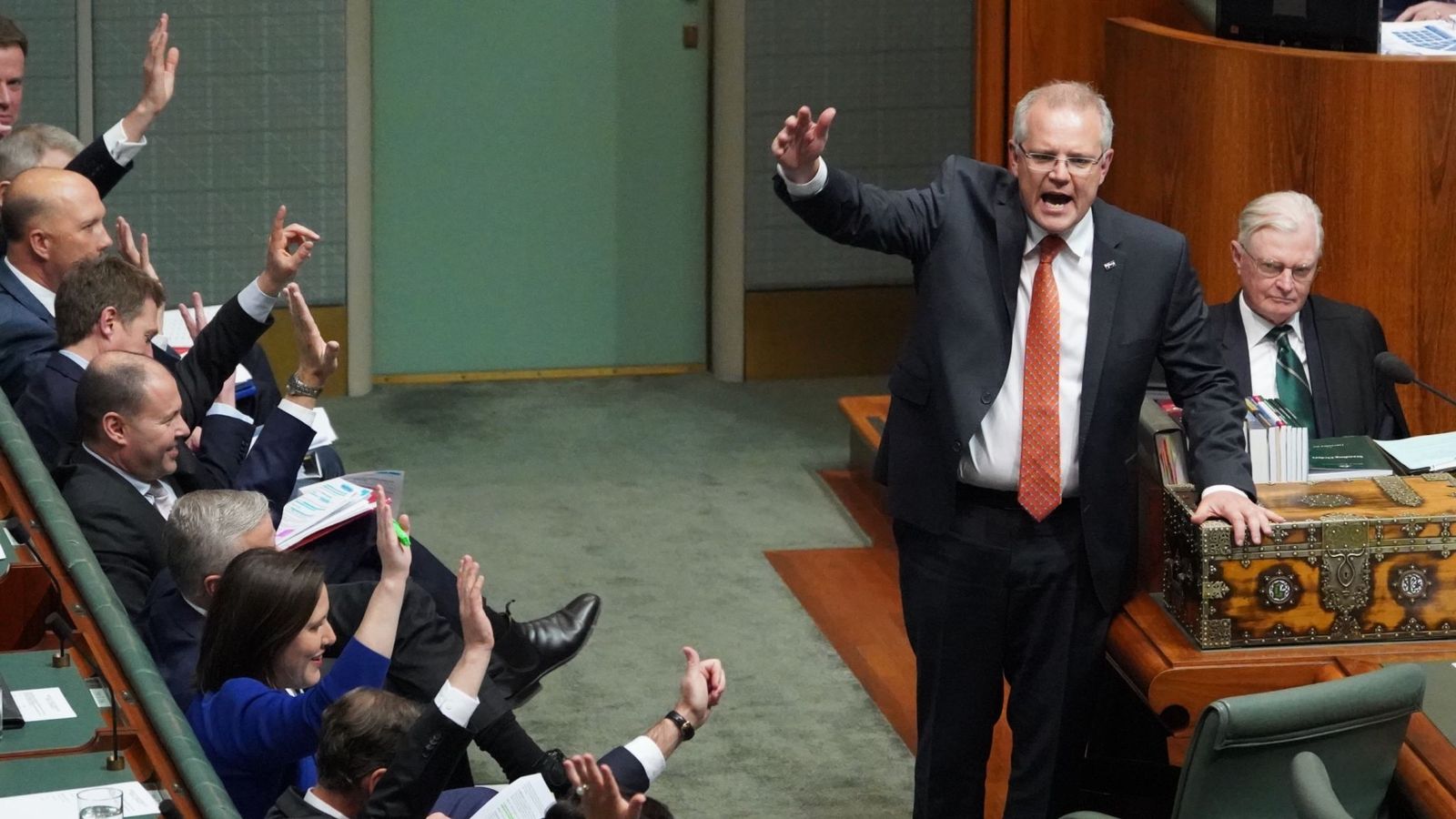 Australia’s prime minister has apologised for posting a video on social media featuring a hip-hop song which has explicit and sexually charged lyrics.

Scott Morrison, who has only been in the top job for three weeks, put the 11-second clip online showing MPs raising their hands during question time on Thursday.

The full lyrics of the song used in my earlier video from QT today were just not OK. When I found out, I asked the team to take it down. Apologies.

It was overlaid with a snippet from rapper Fatman Scoop’s hit Be Faithful.

The PM’s video, which was posted on Twitter, Instagram and Facebook, did not contain any of the song’s suggestive lyrics, instead featuring the lines: “You gotta hundred dollar bill put your hands up.

Without the music it was still a very dumb move, it may pass muster at Hillsong but it is not befitting of parliament. “Do you have the mental aptitude for the top job?” To date it appears the position has overtaken you. Call an election asap so the voters won’t know the fool u r

But his use of the track has been ridiculed and criticised by social media users as “offensive” and a “dumb move”.

Call an election. It’s the only honourable move at this point.

The whole idea was offensive with or without the rest of the lyrics.

The fact that you posted or allowed the posting of a video showing you asking for cash and thought that was OK is indicative of your lack of taste, judgement, understanding of your role.

Some questioned his ability to lead the country and called for an election.

The clip was deleted and Mr Morrison tweeted: “The full lyrics of the song used in my earlier video from QT today were just not OK.

I think it was all preplanned as no sensible person would sit there and raise their hands like they all did. He thought he was a great media dude but it all fell apart. Using parliamentary video, a dodgy song and infringing copyright. He’s leading the country. ?

“When I found out, I asked the team to take it down. Apologies.”

Mr Morrison was sworn in last month as the country’s sixth new PM in 11 years, replacing Malcolm Turnbull after a Liberal Party coup.