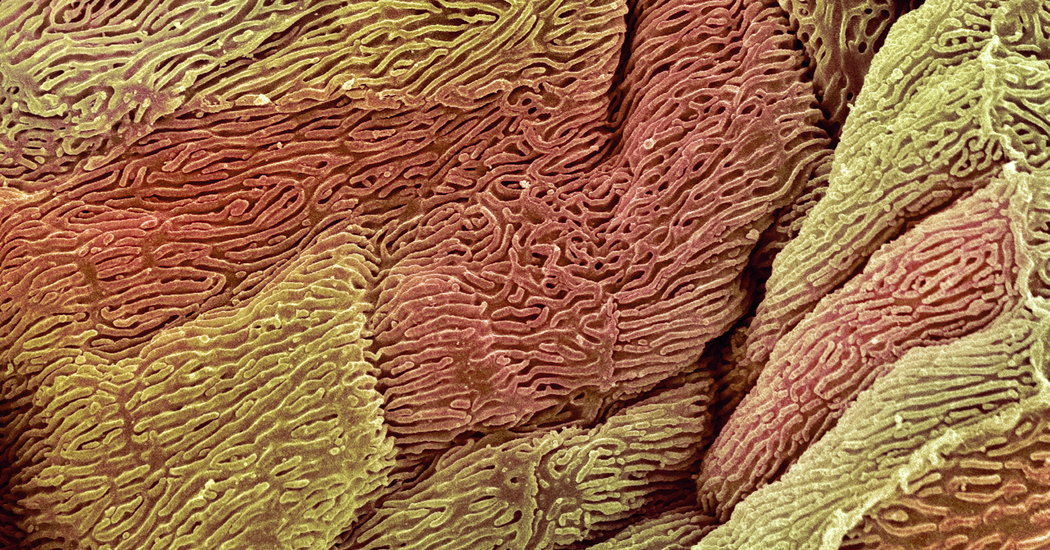 Cancer is a disease of mutations. Tumor cells are riddled with genetic mutations not found in healthy cells. Scientists estimate that it takes five to 10 key mutations for a healthy cell to become cancerous.

Some of these mutations can be caused by assaults from the environment, such as ultraviolet rays and cigarette smoke. Others arise from harmful molecules produced by the cells themselves. In recent years, researchers have begun taking a closer look at these mutations, to try to understand how they arise in healthy cells, and what causes these cells to later erupt into full-blown cancer.

The research has produced some major surprises. For instance, it turns out that a large portion of the cells in healthy people carry far more mutations than expected, including some mutations thought to be the prime drivers of cancer. These mutations make a cell grow faster than others, raising the question of why full-blown cancer isn’t far more common.

“This is quite a fundamental piece of biology that we were unaware of,” said Inigo Martincorena, a geneticist at the Wellcome Sanger Institute in Cambridge, England.

These lurking mutations went unnoticed for so long because the tools for examining DNA were too crude. If scientists wanted to sequence the entire genome of tumor cells, they had to gather millions of cells and analyze all of the DNA. A mutation, to be detectable, had to be very common.

But as DNA sequencing grew more sophisticated, Dr. Martincorena and other researchers developed methods for detecting very rare mutations, and they began to wonder if those mutations might be found in healthy cells, hidden below the radar.

Dr. Martincorena and his colleagues began their search in skin; its cells are battered daily by the sun’s ultraviolet rays, which trigger mutations. “We thought it was the lowest-hanging fruit,” Dr. Martincorena said.

In a study in 2015, he and his colleagues collected bits of skin left over from cosmetic surgeries to lift drooping eyelids. They examined 234 biopsies from four patients, each sample of skin about the size of a pinhead. They gently coaxed the top layers of cells, known as epithelial cells, from the underlying tissue.

Dr. Martincorena’s team then fished the DNA from the healthy epithelial cells, and carefully sequenced 74 genes that are known to play an important role in the development of cancer. Mutations that are common in cancer genes were remarkably common in these healthy skin cells, too, the researchers found. About one of every four epithelial cells carried a mutation on a cancer-linked gene, speeding up the cell’s growth.

It was possible, the scientists knew, that skin was peculiar. Maybe inside the body, away from the onslaught of ultraviolet rays, were healthy cells that didn’t carry these key mutations.

To find out, the researchers decided to study cells of the esophagus. The team gathered tissue samples from nine healthy organ donors who had died, then they sliced the tissue into dozens of tiny squares and examined the same 74 cancer-related genes.

Dr. Martincorena and his colleagues found that new mutations arose more slowly in the esophagus than in skin. But once those mutations emerged, they caused the esophageal cells to multiply faster than normal esophageal cells. Over time, these rogue cells spread out across the esophagus, forming colonies of mutant cells, known as clones. Although these clones aren’t cancer, they do exhibit one of cancer’s hallmarks: rapid growth.

“These mutant clones colonize more than half of your esophagus by middle age,” said Dr. Martincorena. “It was eye-opening for me.” Dr. Martincorena and his colleagues reported their findings on Thursday in the journal Science.

By examining the mutations, the researchers were able to rule out external causes for them, like tobacco smoke or alcohol. Instead, the mutations seem to have arisen through ordinary aging. As the cells divided over and over again, their DNA sometimes was damaged. In other words, the rise of these mutations may just be an intrinsic part of getting older.

“It seems that no matter how well one takes care of oneself by eating well, getting exercise and limiting certain vices, there’s likely only so much one can do against the need of the body to replace its cells,” said Scott Kennedy, a cancer biologist at the University of Washington who was not involved in the study.

The study also raised questions about efforts to detect cancer at its earliest stages, when cancer cells are still rare, Dr. Kennedy said: “Just because someone has mutations associated with cancer doesn’t mean actually they have a malignancy.”

Given the abundance of cancer mutations in healthy people, why isn’t cancer more common? Dr. Martincorena speculated that a healthy body may be like an ecosystem: Perhaps clones with different mutations arise in it, compete for available space and resources, and keep each other in check.

If so, fighting cancer might one day be a matter of helping harmless clones outcompete the ones that can lead to deadly tumors.

“There is no therapy being thought out in these terms now,” said Dr. Martincorena. “But I think it opens up new avenues. I think knowledge is always a weapon.”