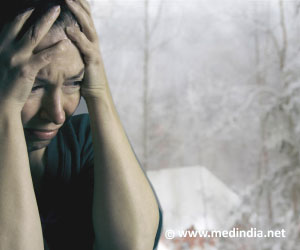 Knowing people with luxury lives can have a good or bad impact on your life, depending on the way of how you compare yourself with them. The results of this study are published in the journal of Social Science and Medicine.

Song studies the relationship between a person’s health and the socioeconomic status of their social contacts–what’s called “accessed” status. The idea is that we all have a personal network–consisting of family, friends, relatives, neighbors, coworkers, acquaintances and others–and the status of our social contacts can impact our lives through our relationships with them.

‘Comparing yourself with others can have a significant impact. An example of negative social comparison can be seen as developing negative psychological feelings, such as anxiety or a sense of failure, and poor health habits, such as smoking, when comparing themselves with those in better-off situations.’

She and Pettis analyzed nationally representative data from comprehensive social surveys simultaneously taken in the United States, Taiwan and urban China to see whether a person’s accessed status might impact whether they experienced a health issue in the previous year serious enough to keep them from participating in their daily routines for more than a week.
Accessed status can impact our health in interesting ways. Higher-status people tend to be healthier in general–they often are more knowledgeable and conscious about health, have more time and money to invest in a healthy lifestyle, experience less chronic stress and have greater access to medical care, among other positive things. Those are benefits that can extend to their social contacts, too–something called social capital theory.

“But we find that accessed status has a dark side, and we want to understand why,” Song said. In two of the three societies she studied–the United States and China–being connected to higher- and diverse-status people was actually associated with more health disruptions, not less. That’s an unexpected finding, and one that’s not well understood.

To explain it, Song has proposed a new theory to explain the negative impacts of high accessed socioeconomic status on health, called social cost theory. Its main features include negative social comparison, receipt of detrimental resources and networking costs.

An example of negative social comparison might be developing negative psychological feelings, such as anxiety or a sense of failure, and poor health habits, such as smoking, when comparing themselves with those in better-off situations, while an example of a detrimental resource might be an unwanted intrusion in their affairs. A networking cost is simply the additional effort, such as time, money and energy, that goes into establishing and maintaining valuable high-status relationships.

Social burdens like these may make it harder for a sick person to get the support they need to get better faster.

Song said it was important to note that the fact that China and Taiwan have different outcomes is interesting because they are both collectivistic societies, while the United States is an individualistic one. This suggests that future research should be cautious when applying collectivism-individualism models to questions of accessed status and health. Song and Pettis also caution that future longitudinal work is needed to understand the causal direction of and the direct mechanisms behind these effects. Additionally, future larger-scale comparative research is also needed to understand variations across different societies and cultures.