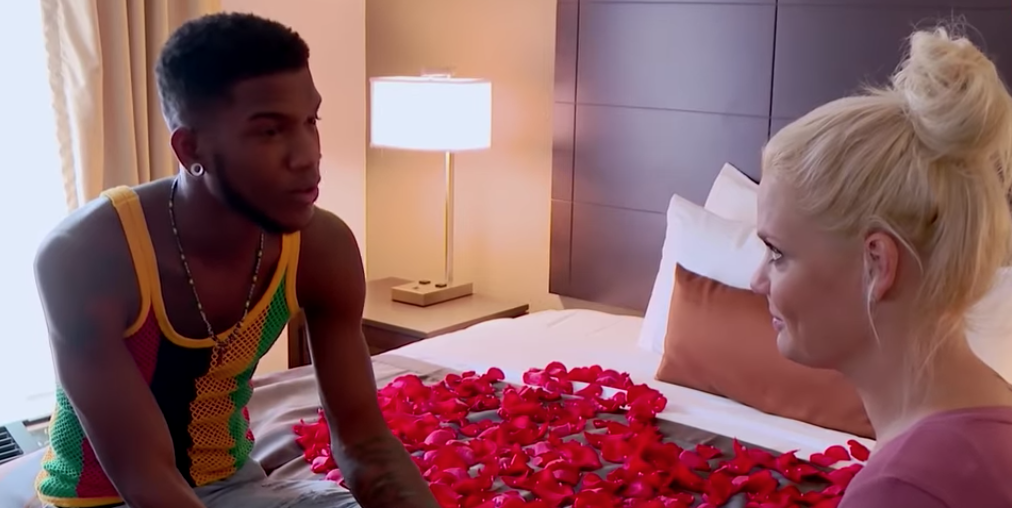 The trashterpiece TV hit 90 Day Fiancé is back for a new season, with episode three airing Sunday night. And despite the fact that past seasons have involved such heart-stopping moments as a woman getting mugged with a machete while her male paramour runs away in the Brazilian jungle, TLC has somehow found a way to up the ante.

If you haven’t jumped into the latest season, it’s not too late. A number of the couples still haven’t met up in America, where they hope to marry with the help of the K-1 (or fiancé) visa, which allows a foreign partner 90 days in the country before they have to wed to stay. But there have already been some jaw-dropping moments.

Paul and Karine, Darcey and Jesse, Michael and Angela: The best seasons of 90 Day Fiancé and its various spinoff series include at least one couple so captivating—for all the wrong reasons—that you can’t look away, even when you feel you should.

Season Six has found that and then some with its star pair, Colt and Larissa. Colt lives outside of Las Vegas with his mother and makes out with his cats. Larissa is an attractive Brazilian woman who flies to be with him and said mother under one roof, where everything that could go awry instantly does. When Colt first greets Larissa at the airport, she repeatedly asks “Where is my flowers?” and continues to berate him about it. And Mom does not seem ready for a new woman in her son’s life. This story looks ready to explode.

2) The relationship that should be gross actually kind of works.

Jonathan is a 32-year-old in North Carolina falling for a 19-year-old Mexican woman he met across the border in a club. He paid for her boob job. On paper, this is slimy and tragic. But she’s surprisingly mature, and he has a youthful energy. Plus his Southern community is actually pretty accepting of her cultural differences. It might just work out.

We see this here and there on 90 Day Fiancé, but Ashley and Jay take it to a new level. A 31-year-old Pennsylvanian, she met her 20-year-old Jamaican beau while at a club on the island. They talk about having sex… constantly. “If this visa is approved tomorrow,” he tells her on a bed strewn with roses, “I’m gonna be right in your bed, giving you the D every day.”

This one’s a twist: Eric, 40, from Wisconsin, lives a humble life with his three daughters. But after posting an ad on an international website, he started a far-flung romance with Leida, a 29-year-old Indonesian who seems to have a posh life in her home country. She’s from a wealthy family with a household staff and, after coming to the U.S., is none too impressed with his luggage-packing skills and wonders why there isn’t a maid doing her bidding. Which begs the question: Why is she… here? Something doesn’t quite add up, and hopefully we find out what by season’s end.

5) The cringe-inducing xenophobia continues, but in a new direction.

90 Day Fiancé viewers are used to hearing casual distaste for foreign countries, but usually not out of the mouths of people from those places. Kalani, 29, lives in Orange County, California, and has a white mom and Samoan dad. But her dad insists she must be with a white man. Now, here’s the thing: The Mormon-raised Kalani lost her virginity to Samoan Asuelu, 23, while at a resort in the Polynesian where he was working—and then got pregnant (!). Now Asuelu’s come to California, where he immediately does a traditional, nearly-naked Samoan dance for her in the airport. Also, he may have cheated on her. This has the makings for a cultural and religious clash for the 90 Day Fiancé record book.

6) A 20-year-old kid is about to have his life turned upside down.

He’s never been on a plane, he’s never left the country, he’s never been a father, and he’s never married someone he’s only dated for a month and a half. All that’s about to change for young Steven, a 20-year-old waiter from Bowie, Maryland. He met Olga when she was visiting the States from Russia for the summer, and when she got pregnant and headed back home, Steven vowed to play a meaningful role in his kid’s life. Now he’s flying to Olga’s homeland to witness the birth of his son and—if they secure the K-1—travel back to America as a family. Prepare to witness a guy go through a LOT of dramatic changes all at once.