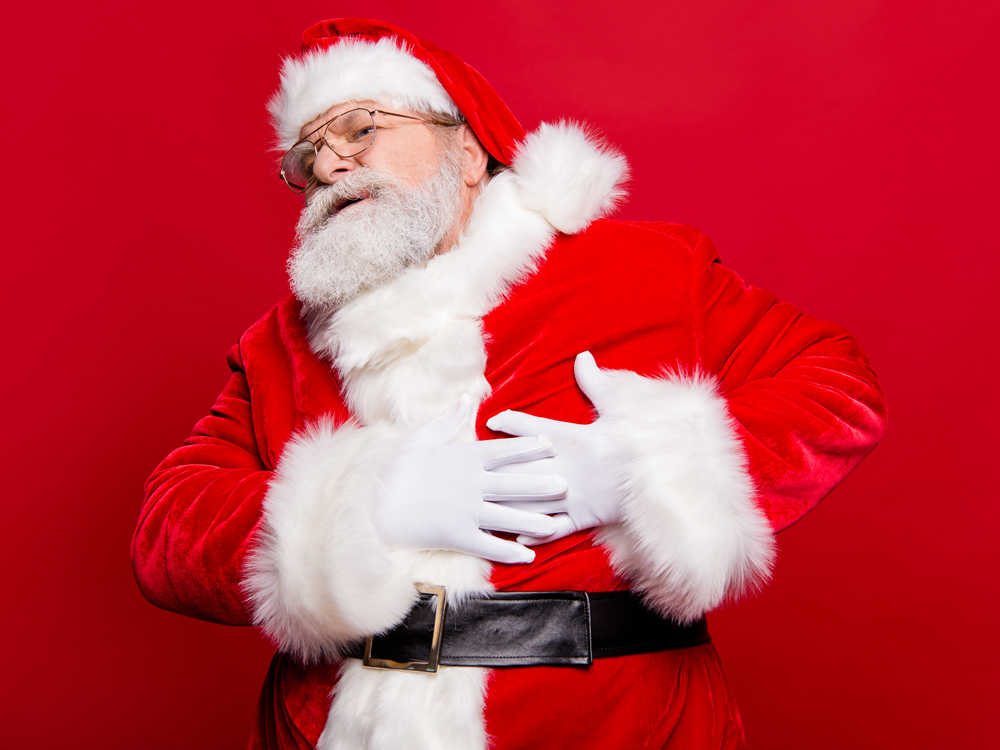 Heart attacks are believed to be more common in times of heightened emotions, brought on by things such as sporting events, hurricanes and stock market crashes. Now, add Christmas Eve to that list.

The risk for having a heart attack is 37 per cent higher on Christmas Eve, peaking at 10 p.m., according to an analysis of when heart attacks occur. The findings, based on a database of 283,014 heart attacks in Sweden over a 16-year period, are published in BMJ. The researchers tracked the occurrence of heart attacks during holiday periods throughout the year, during major sporting events such as the Olympic Games and soccer’s World Cup, as well as on random days of the week.

Risk increased for some holidays – up 12 per cent on holiday days during the summer and up 15 per cent on Christmas Day. Christmas Eve had the highest increase in risk, whereas New Year’s Eve had no increased risk. Neither did sporting events.

Beyond that, heart attacks happened most often in the early morning hours and on Mondays. (For what it’s worth, this year, Christmas Eve falls on a Monday.) In the United States, about a million people a year have a heart attack, which occurs when blood flow to the heart becomes blocked, preventing the heart from getting needed oxygen. If blood flow is not restored quickly, the heart muscle begins to die. People who get treatment quickly, usually because someone called 911 right away, are more likely to survive.

Read More:  Metabolic syndrome increases risk of pregnancy complications
Comments
Share your thoughts
Browse a magazine or website dedicated to health and you’ll often hear that familiar commandment: take your supplements! And with good reason: minerals and vitamins play an important role in …
The researchers tracked heart attacks during holidays throughout the year, sporting events such as the Olympic Games and World Cup, as well as on random days
It is one of the great successes of modern medicine that certain diseases, such as multiple sclerosis (MS), that once had no viable treatments now have a variety of therapies …
Multiple sclerosis (MS) is an unpredictable disease that can have a profound impact on a person’s ability to earn a living.
EXCLUSIVE: Surgeons removed a two-year-old’s massive skull and put it back together like a puzzle, giving her a smaller head — and hope at a normal life. (Warning: graphic images)
Everyone knows a bad reno story. This is not that story. It’s a story about newlyweds. Construction began next door — and then, they say, the nightmare began
Tristin Hopper: In the hands of a food bank purchaser, your $ 1 is going to help many more people than a can of discarded string beans
Icelanders believe in fairies, Spaniards set charging bulls loose in their streets and North Americans tip