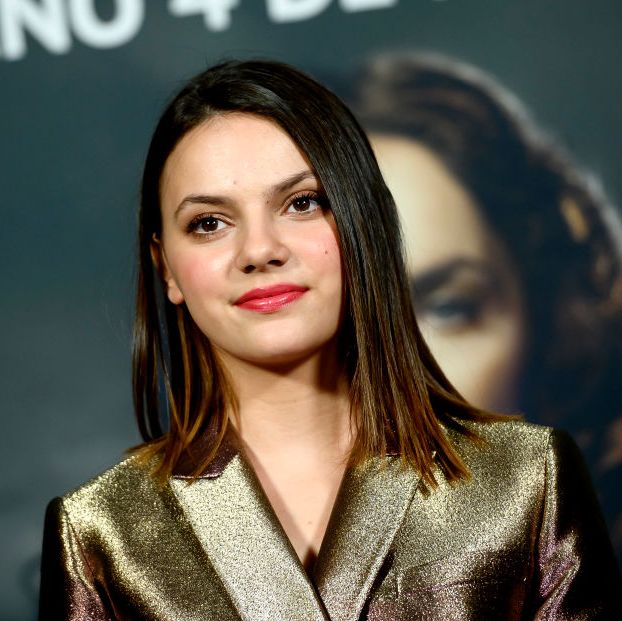 The last time you saw Dafne Keen on screen she was doing everything Hugh Jackman couldn’t. The pair starred together in the film Logan, which found Jackman’s Wolverine old, dying, and requiring an entire needle full of special mutant steroids to kick ass in one final moment of claw-stabbing glory. (One final moment … we’re not crying, you’re crying). Anyway, Keen played Wolverine’s daughter/clone, a smaller, feistier version of the X-Man. And she kicked ass.

In HBO’s newest fantasy series His Dark Materials, based on author Phillip Pullman’s trilogy, Keen takes lead as Lyra, her biggest role since the X-Men stand-alone.

The series has already been renewed for a second season, as production had been concerned that Keen (14) might too quickly age out of her 12-year-old role. Here’s what else to know about the young star.

Dafne has been acting since age nine.

Born in Spain, Keen grew up between Madrid and London. She was an actor before she was a middle schooler, making her on-screen debut in the Spanish drama series, The Refugees, alongside her dad, British actor Will Keen (who also appears in His Dark Materials as Father MacPhail).

She knew Spanish and martial arts before her role in Logan.

Dafne already spoke Spanish and was trained in martial arts by the time she auditioned for James Mangold’s Logan—where her character employs both these skills. Keen sent in an audition tape and won the role, beating out almost 500 other actresses for the part opposite Jackman. She was 11.

Read More:  How to treat chlamydia from home

She didn’t think she would get the role as Lyra on His Dark Materials.

Despite her skills and prior roles, Keen thought she might not get the part of Lyra for the BBC/HBO production. “I showed up to the audition only having read half the book,” she told British Vogue. “I thought, ‘I’m not going to get it anyway.’” When she was asked to send in another tape, Keen was on vacation in Puerto Rico and got stung by a jellyfish, causing her face to swell and turn red. She joked that her audition was “with a jelly-face”

Jelly-face did its trick and soon Keen was called to audition in person. And then she got the role. And now the 14-year-old is holding down the most expensive TV production in BBC history. Call the jellyfish face a bit of good luck.