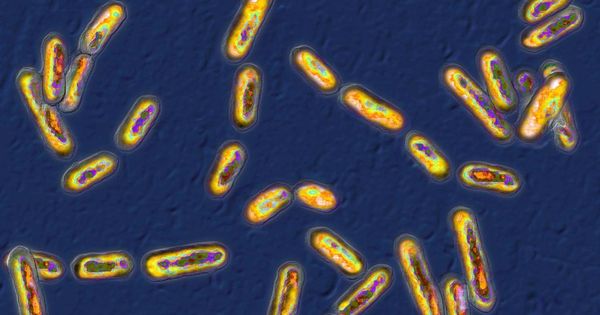 Health officials are increasingly concerned about the rise of antibiotic-resistant infections, also known as ‘superbugs’. However, this month an Israel-based pharmaceutical company showed that we may be able to combat this threat. The FDA approved Talicia to treat the increasing drug resistance Helicobacter pylori, news which suggests that the superbug apocalypse may not be as grim as we thought.

The FDA’s decision to approve Talicia could have far-reaching impact, as this bug infects millions of American adults a year and is one of the strongest known causes of stomach cancer. Talicia is a three-drug combination of omeprazole, a proton pump inhibitor, amoxicillin, a penicillin-class antibacterial, and rifabutin, a rifamycin antibacterial. It is indicated for the treatment of H. pylori infection in adults.

The approval is based on two positive Phase 3 studies conducted in the U.S. The studies were based on adult subjects who tested positive for H. pylori and had suffered from pain and discomfort. Results showed that Talicia was able to clear 84% of H. pylori infection in subjects. Adverse reactions included nausea and vomiting, nausea, nasal congestion, and nasopharyngitis, respectively.

“Talicia was well tolerated and proven safe in the studies,” said Redhill CEO, Dror Ben-Asher. “The FDA was satisfied and we are happy with the safety and tolerability profile of the drug.”

H.pylori, the bacteria which Talicia fights against, is incredibly common and is suspected to exist in over half of the world’s population.

“In the U.S., about 30 to 35 percent of the population is infected with H.pylori,” explained Ben-Asher. “We are looking at 100 million Americans. For every three people you cross on the street, one of them might have an infection.”

Most individuals will never experience any adverse effects of this bacteria and therefore are completely unaware of the infection. For those less fortunate, the bacteria may cause extremely unpleasant side effects that result in gastrointestinal pain. In addition, H. pylori is believed to be one of the strongest risk factors for developing gastric cancer.

For all it’s prevalence, we’re still not entirely sure how individuals first become infected. Though initial exposure usually happens in childhood, doctors have not confirmed if the pathogen is spread through exposure to bodily fluids or through contaminated food or water. Either way, H. pylori can be treated with antibiotics. However, the infection has become more difficult to treat, as the bacteria continually develop a resistance to drugs used to treat it. For this reason, the WHO put the H.pyliori on its list of high priority pathogens.

That’s when Redhill stepped in. The pharmaceutical company deals with GI infections and responded to the WHO’s call for urgency in finding an alternative treatment for H.pylori. The 2012 GAIN act incentivizes companies to develop treatments for specific infections that have developed a resistance to common treatment. Thanks to this act, Redhill was able to quickly develop Talicia.

“We enjoyed fast and excellent cooperation from the agency, and this helped to expedite the review of the marketing application,” explained Ben-Asher. “We sometimes had daily interactions with the agency both on the phone and through email.”

In addition to helping develop Talicia, the FDA has also given Redhill eight years of market exclusivity from competition. Medical professionals and consumers can expect to see Talicia available next year.

Read More:  Simple Strategies That Will Improve Your Immunity