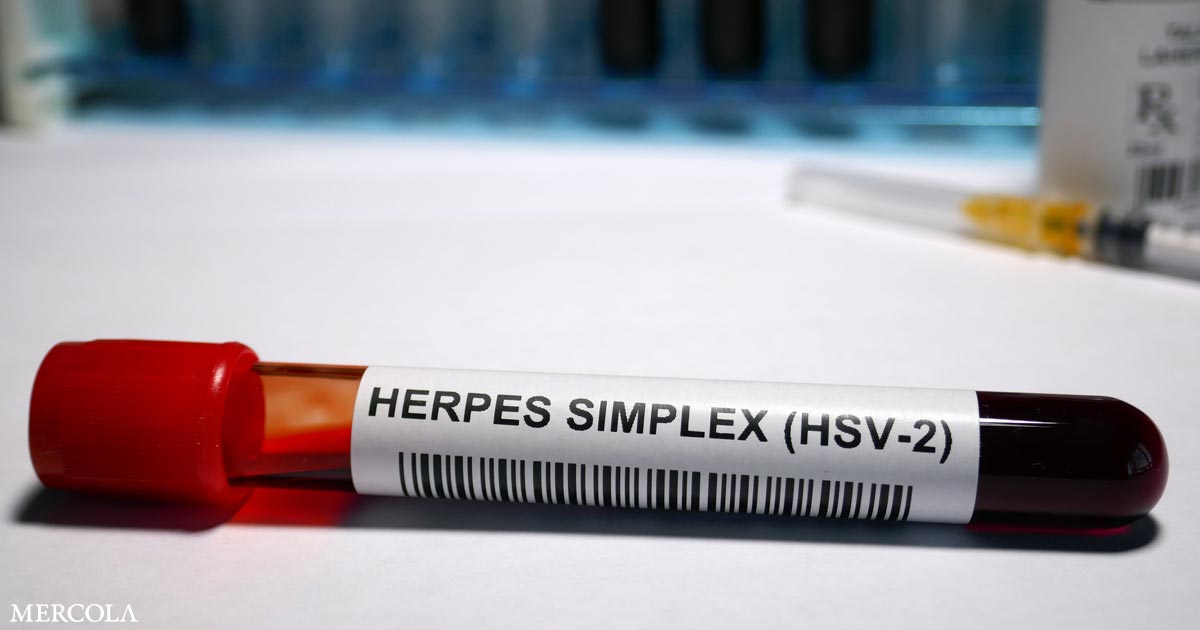 When it comes to sexually transmitted infections (STIs), herpes is one of the first conditions that come to mind, since it’s a very common disease1,2 that poses serious health risks if left unaddressed.3 Herpes can be caused by two viruses: herpes simplex type 1 (HSV-1) or type 2 virus (HSV-2), and can be classified into two types: genital herpes, in which sores are seen on or around your genital area, or oral herpes, with sores typically visible on or around your mouth.4,5

How Many People Are Diagnosed With Herpes?

In the U.S., herpes incidences are common. According to the Centers for Disease Control and Prevention, 776,000 people are newly infected with herpes per year. The HSV-2 virus affects 11.9% of people aged 14 to 49 in the U.S., with more women having the virus compared to men.6 The risk of being infected with the HSV-2 increases if you’re a woman because this virus transfers more “efficiently” from a man to woman.7

Globally, this virus caused infections among 417 million people in 2012, according to findings by the World Health Organization published in a 2015 PLoS One article. More women exhibited HSV-2 infections (267 million) compared to men (150 million), while adolescents had the highest numbers of new cases. Africa recorded the highest incidence rate of cases at 31.5%, followed by the Americas with 14.4%.8,9

You must watch out for the other herpes virus, HSV-1, too, since it has now caused oral herpes in 50% to 80% of U.S. adults.10 Even more alarming, the HSV-1 virus may have already affected most Americans before the age of 20.11

In another PLos One study published in the same year, the WHO noted that at least 3.7 billion people below 50 years old had acquired an HSV-1 infection by 2012. Just like with HSV-2 infections, Africa had the highest percentage of cases at a whopping 87%.12,13 Precautionary measures may be needed against this virus because it can affect people of different age groups, even children, via nonsexual contact.14

There Are Treatment Options for Controlling Herpes

The sad reality is that herpes can’t be cured, so different treatments are required to lessen its impact.15 Prescription medications16 are conventionally recommended, but they can come with harmful side effects. One popular drug used to address the discomfort of herpes is Tylenol,17 but its active ingredient acetaminophen has been linked to side effects18 like acetaminophen poisoning19 and extensive liver damage.20

The safety of recommended medications isn’t the only challenge people with herpes have to face, as there’s also a negative stigma that arises toward people living with herpes or other STIs. To know more about herpes and how it can affect you, read these pages thoroughly. Learn more about how the disease is transmitted, the different types of herpes that can affect people, and how to combat the stigma that comes with this disease.

Read More:  What food are high in vitamin d