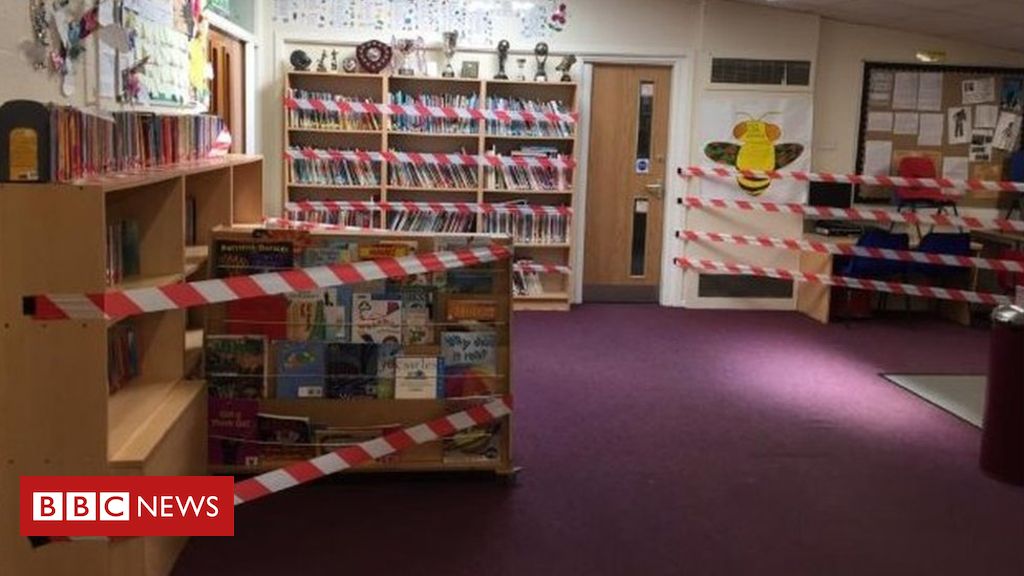 Local lockdowns could see schools and workplaces targeted in areas of England that have “flare-ups” of coronavirus, the communities secretary has said.

Robert Jenrick said restrictions could be introduced at “a micro level” to control the virus in particular communities.

The measures will be part of the test and trace system, which will be ready by next week, he said.

Meanwhile, Prime Minister Boris Johnson will be questioned by senior MPs later amid continued calls for his top adviser to resign.

Around 40 Tory MPs have called for Dominic Cummings to stand down or be fired after details of his 260-mile journey to County Durham during lockdown came to light.

Mr Jenrick said the government’s test and trace system would have a “local element” and identify flare-ups in particular places, such as parts of towns, schools, hospitals and workplaces.

“That enables us then to take action in that place which will be restrictive on the individuals who live and work there… but as a result of that we’ll be able to provide greater freedom to millions of other people across the country, enabling us to continue to ease the lockdown, ease the return to school, to work and to the daily activities that we all want to get back to,” he told the BBC.

As a result, schools, businesses or workplaces could be closed in areas that see spikes in infection rates, the government’s plan says.

A testing, tracking and tracing system is regarded as vital if the virus is to be kept in check while lockdown restrictions are eased.

NHS leaders are concerned there could be a second spike of infections.

Widespread testing will be followed up by contact tracing of anyone who has been in recent contact with individuals testing positive – they could be told to self-isolate for 14 days.

The system will help detect where there may be local outbreaks – and that could result in local restrictions such as workplace and school closures.

But the ability of the current testing system to get back results quickly is still questionable. Making contact tracing work through national call centres and local authority teams will be a complex task.

Earlier this month Mr Jenrick said that it was the government’s “strong preference” for lockdown measures to be lifted uniformly, but some restrictions could be reintroduced locally if necessary.

But he said the local interventions that could soon be considered are “quite different from making major changes to lockdown measures in one part of the country versus another”.

Latest government figures show the number of people to die with coronavirus in the UK rose by 134 to 37,048 on Tuesday.

On Wednesday, Public Health Wales said another 11 people have died with the virus, taking total deaths there to 1,293.

In Northern Ireland, a further two deaths have been reported, bringing the overall number of virus deaths there to 516.

Read More:  Race for coronavirus vaccine 'is a global effort' for mankind — not just one country, Germany says

The number of people in hospital with Covid-19 has been gradually declining since the peak over Easter.

However, the picture is different across the UK’s nations and regions, with numbers falling faster in some areas than others.

Cases were originally concentrated in London, the Midlands and the North West of England. But South Wales and parts of the North West and North East also have a high proportions of cases.

Last week, Mr Johnson said England will have a “world-beating” test, track and trace system in place from June – with 25,000 contact tracers, able to track 10,000 new cases a day.

But Chris Hopson, chief executive of NHS Providers, which represents hospitals and other NHS trusts in England, said it was “really not helpful to argue that there will be world-class test and trace facilities on 1 June, when local authorities only got to start working on the plans five days ago”.

He added that public trust and confidence in the social distancing measures have been “significantly dented” over the past few days and warned the government to be “very careful” about easing lockdown measures before a local test, track and trace infrastructure is in place. He declined to say whether Mr Cummings should go.

Scotland, Wales and Northern Ireland have set out their own plans for testing and tracing.

Contact tracing is a system used to slow the spread of infectious diseases by identifying people patients have been in contact with. One method involves tracking by phone or email, while another uses a location-tracking mobile app.

Downing Street said it remains confident of hitting that target – which the BBC’s health editor Hugh Pym, citing government sources, said refers to lab capacity rather than individual tests – by Monday, with that ability standing at 154,120 in the 24 hours up to 09:00 BST on Tuesday.