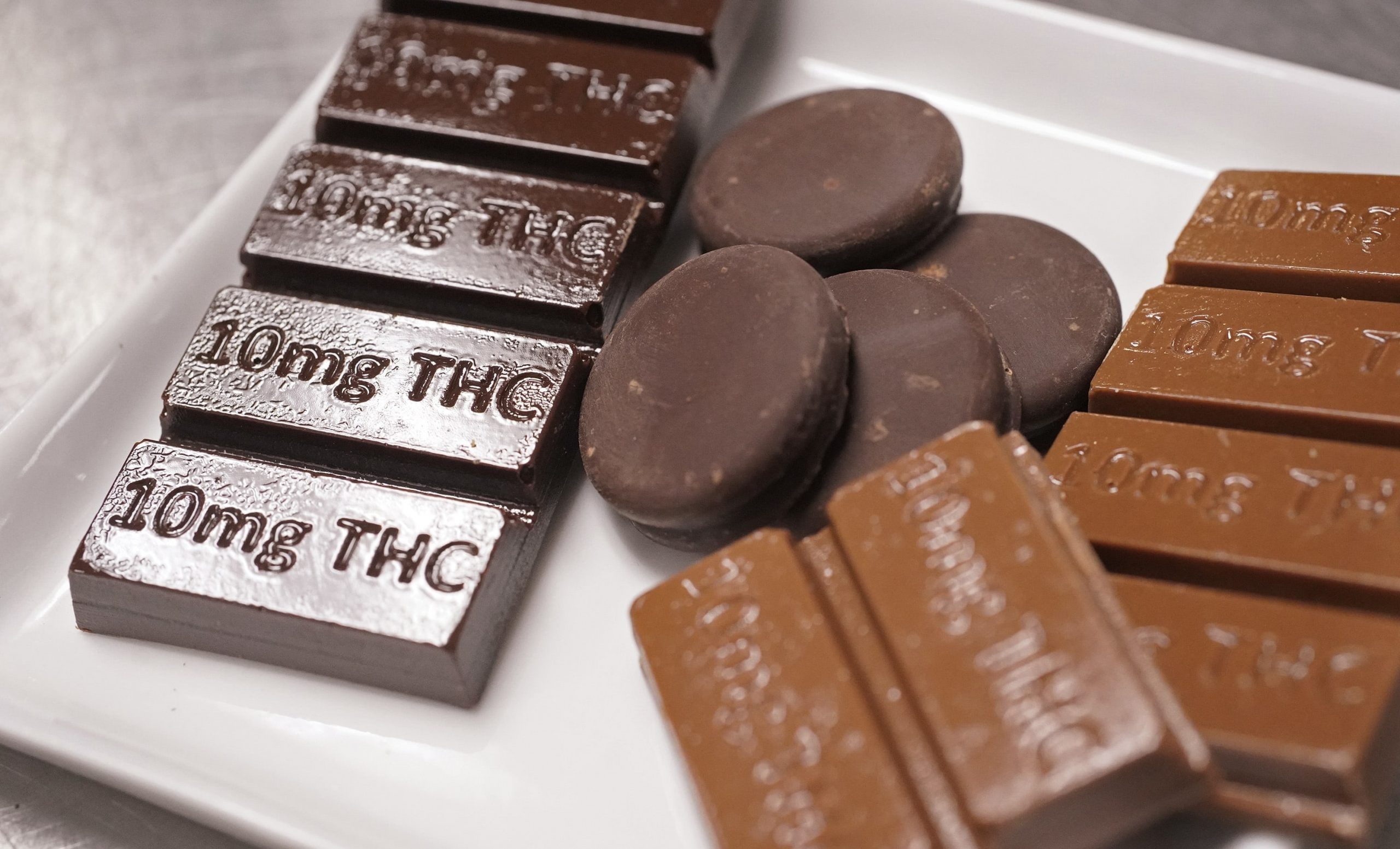 Chocolate containing 10 mg of THC extract, made by the Wellness Connection of Maine in Gardiner, photographed August 21, 2019.

Baked goods, candies or other cannabis-infused edibles may not be as safe as people think, especially for first-time users, children and the elderly, according to a new paper published in the peer-reviewed Canadian Medical Association Journal.

The psychoactive effects can take up to 4 hours to fully kick in since it takes longer for the body to absorb edibles than other forms of marijuana. Some people may eat more than intended as a result, increasing the risk of overdosing, University of Toronto public health researchers Drs. Jasleen Grewal and Lawrence Loh wrote in a commentary piece published Monday.

“Although edibles are commonly viewed as a safer and more desirable alternative to smoked or vaped cannabis, physicians and the public should be aware of several risks related to the use of cannabis edibles,” Grewal and Loh wrote.

It’s difficult to die from overdosing on marijuana, according to the Centers for Disease Control. But an overdose can cause extreme confusion, anxiety, paranoia, hallucinations and vomiting.

The effects of smoking pot or eating an edible can also last longer than alcohol, with the “high” from marijuana lasting up to eight hours, the researchers said.

The researchers also warn that the same dosage of cannabis can cause different responses in different people. Edibles can be especially risky for children, they said, whose metabolisms are different from adults.

After Colorado legalized consumption of edibles, the state’s poison control center saw a 70% increase in calls for accidental cannabis exposure in children from 2013 to 2017, the researchers said. Studies of health-care usage also reported more children than adults being treated for “ingestion incidents,” they said. The elderly are also not excluded from risk, they said.

“Among older adults, cannabis consumption — including use of edibles — has been linked to greater cognitive impairment and a heightened risk of hypotension-related falls, arrhythmia and drug interactions,” they said.

The paper comes as Canada and 11 U.S. states have legalized recreational use of the drug. Most recently, Canada introduced so-called Cannabis 2.0, the legalization of marijuana derivatives including edibles and beverages.

Canada and U.S. regulators have included restrictions with the drug, including age limits and dosage requirements.

Grewal and Loh recommend physicians routinely ask patients about cannabis use, including edibles, so they can counsel them on safer consumption and discourage use of illicit or homemade cannabis edibles.

They also said continued surveillance and advocacy efforts are needed to identify and address unforeseen effects on communities.