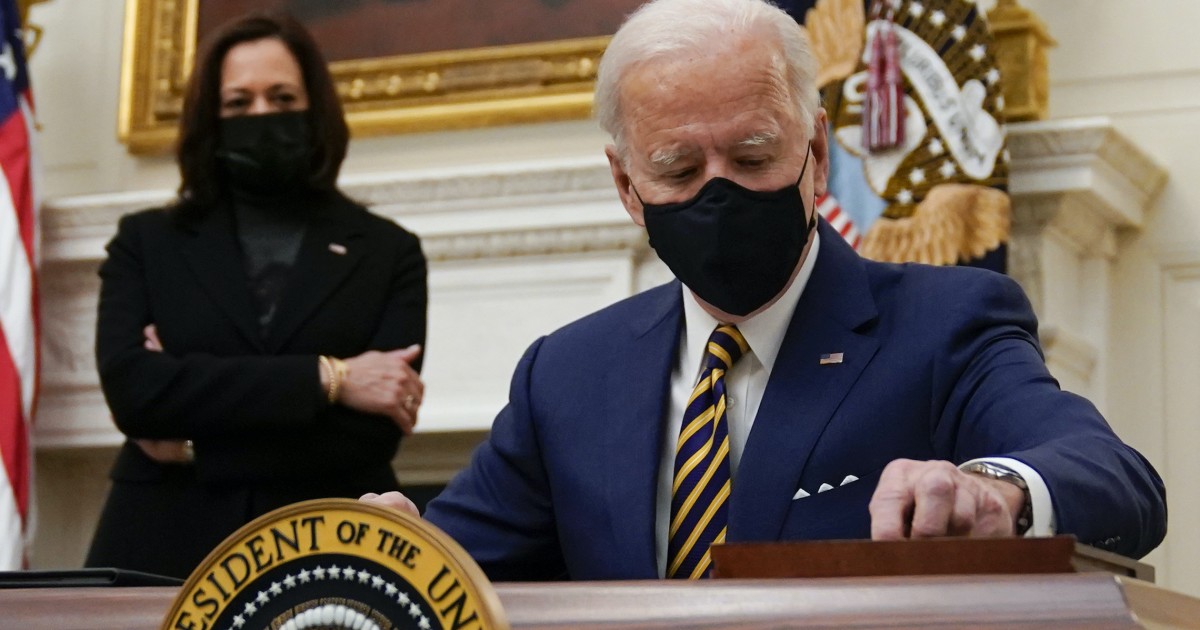 Small businesses have struggled to gain access to the lending program, a marquee government effort to help companies retain employees during the COVID-19 crisis, as they are often overlooked by lenders in favor of larger businesses. With the Small Business Administration several weeks into its third round of coronavirus relief lending, which will expire at the end of March,” Biden will mandate for two weeks starting Wednesday only businesses with fewer than 20 employees will be able to apply for PPP loans, with access for larger companies resuming after March 9.

A senior administration official said the window will give lenders more time to work with smaller businesses, while still ensuring access for larger eligible companies before the program expires in late March. “While businesses with 20 or more employees have made up roughly 10% of PPP recipients in this round, they account for more than half of the funds loaned out,” the official said on a call with reporters on Sunday.

Biden and Vice President Kamala Harris wanted to carve out a period of time in which lenders could attend exclusively to “small businesses, very small businesses, and mom and pop stores,” another Biden administration official said.

“Ninety-eight percent of small businesses have fewer than 20 employees and will be able to apply during this time,” the first official said.

Not all small businesses are entitled to PPP loans. The Biden administration is amending the guidelines in a bid to reach a wider range of employers and companies in need of support.

Among those newly eligible will be independent contractors, businesses owned and operated by one person, and people who are self-employed. An additional $ 1 billion will be set aside for those operating in low and moderate income areas.

A senior administration official said that 70% of sole proprietor businesses are owned by women and people of color, and include “cleaning services, home repair contractors, personal care businesses and small independent retailers, among other examples.”

Small business owners with non-fraud felony convictions, or who are delinquent on their federal student loans, will also be able to apply.

The White House pointed to bipartisan legislation from Sens. Ben Cardin of Maryland, Rob Portman of Ohio, Cory Booker of New Jersey, and James Lankford of Oklahoma that would eliminate a restriction applied to people with an arrest or conviction for a felony within the previous year, unless the applicant or business owner was incarcerated at the time of application.

A senior administration official said that student loan delinquency disproportionately affects minority business owners. “Black and Latino student loan borrowers running non-employer businesses are nearly twice as likely as their white peers to be behind or in collections on their student loans,” the official said.

These reforms will take effect by the first week of March, an official said. The official also noted an anti-fraud initiative to review loan applicants, designed to curtail waste.

A senior administration official said its broad bipartisan support means that a separate action by Congress to extend the deadline could keep it going.

CLICK HERE TO READ MORE FROM THE WASHINGTON EXAMINER

The House, narrowly controlled by the Democrats, aims to pass Biden’s $ 1.9 trillion coronavirus relief proposal before March 14, when several unemployment programs will expire.