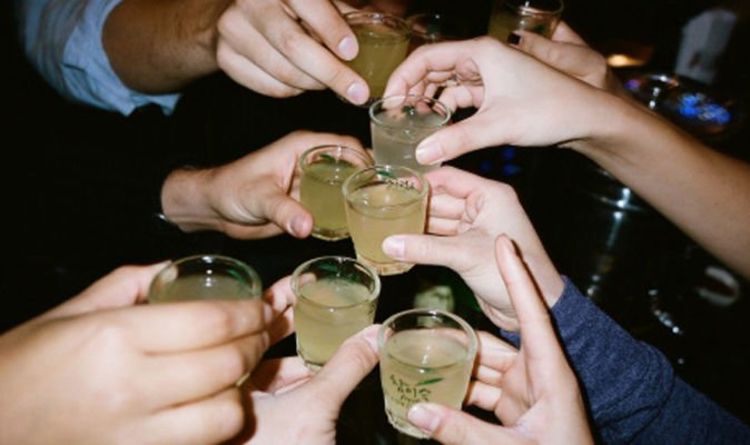 Dr Mark Wright, 49, said that getting off the booze for a month is not a ‘fix all solution’, instead giving heavy drinkers an excuse to over do it in the lead up to January. The specialist doctor labelled the month, which was started by charity Alcohol Concern six years ago, the “perfect decoy” for problem drinkers. Instead, Dr Wright, who works at Southampton General Hospital, Hampshire, called on people to be more considerate about how much they drink throughout the year.

He said: “Giving up alcohol for Dry January as some sort of detox is like maxing out your credit cards all year and thinking you can solve your financial problems by living like a hermit for a month.

“It just isn’t going to make things better if you then go back to your usual habits in February.

“Many people who die from alcohol-related causes would not have considered themselves to have had a drinking problem, just that they drank too much on a regular basis.

“The danger is that abstaining for a month can make it seem like people have a grip on their levels of drinking but, in fact, it can be the perfect decoy to justify drinking far too much in the festive season with increased intake for the rest of the year – it is not a fix all solution.

“What people need to do is be aware of their consumption all year round, aiming to stick at about 14 units per week with three to four dry days.

“That said, a dry January does give people an opportunity to examine their relationship with alcohol.

“If anyone is planning a dry January and they only manage a few days, they should consider that they may have more of a problem with booze than they think.”

The Dry January initiative was launched by Alcohol Concern in 2013 and urges people to abstain from alcohol for a month following the festive period.