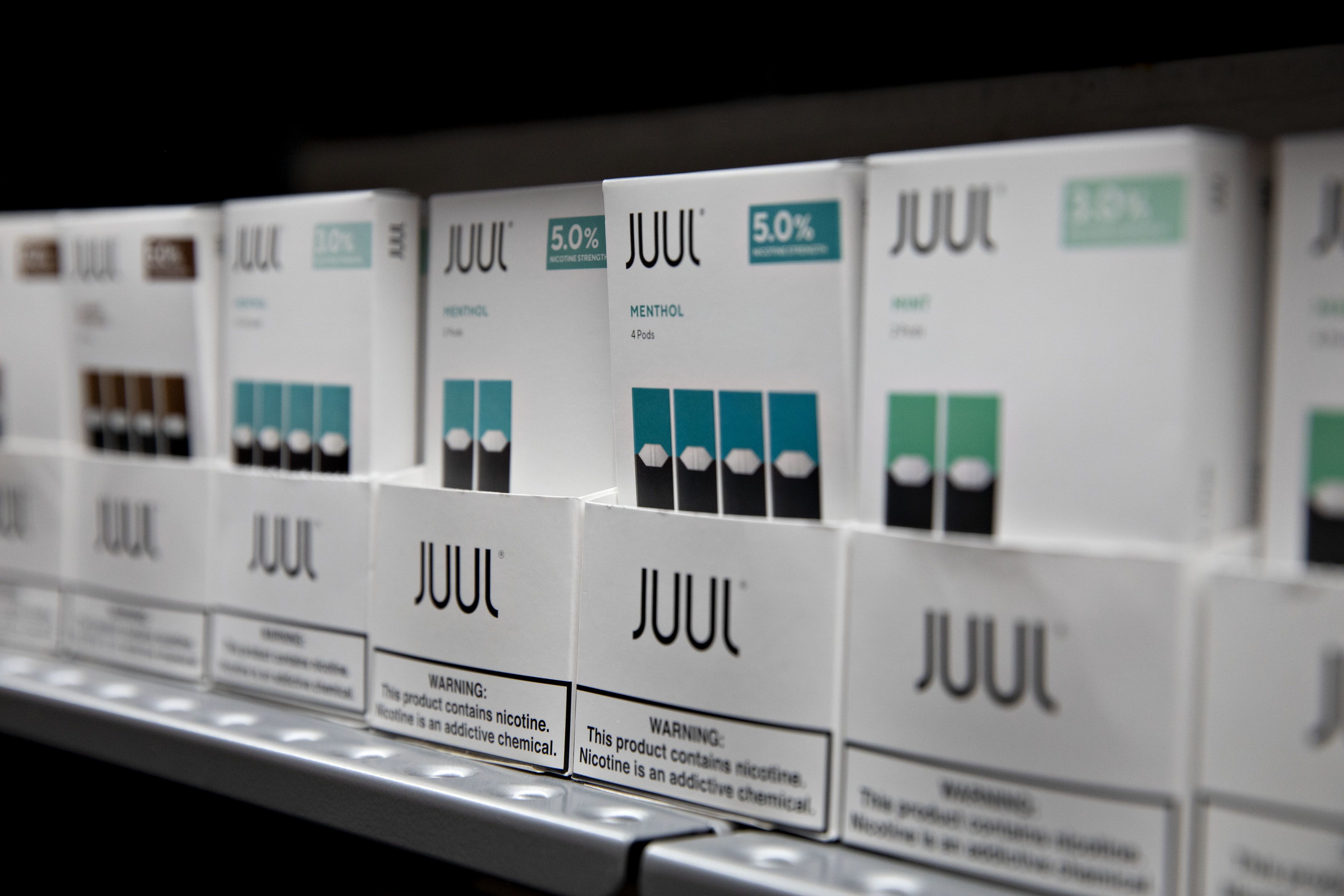 Menthol pods for Juul Labs Inc. e-cigarettes are displayed for sale at a store in Princeton, Illinois, U.S., on Monday, Sept. 16, 2019.

The chance that Altria writes down the value of its $ 12.8 billion investment in Juul has “increased materially” amid uncertainty around the e-cigarette industry, Fitch credit analysts say.

Altria took a 35% stake in e-cigarette market leader Juul late last year to help offset declining sales in its main business, cigarettes. The number of cigarettes Altria sells has been falling for years with smoking rates declining and existing customers quitting or dying.

Juul’s sales were booming when the deal was announced last December. Altria’s stake valued the start-up at $ 38 billion. Since then, scrutiny around Juul and the e-cigarette industry as a whole has heightened.

State and local lawmakers are banning flavored e-cigarettes, while the Trump administration is readying a plan to remove these products from shelves across the country. An outbreak of a deadly vaping-related lung disease has stoked panic, causing at least some people to reconsider using e-cigarettes.

“The probability Altria impairs the value of its 35% investment in Juul has increased materially due to considerably diminished and uncertain e-vaping growth prospects,” Fitch analysts Bill Densmore and Carla Norfleet Taylor wrote in a note Tuesday.

Hedge fund Darsana reportedly slashed the value of its stake in Juul by more than a third to a price that values the vaping company at $ 24 billion.

Altria previously said it expects the U.S. e-cigarette industry’s volume sales to grow between 15% and 20% annually with international revenue that equals domestic revenue by 2023, the analysts wrote. That would partially offset the declines in cigarette sales.

Read More:  What are the signs of xanax addiction

“However, long-term growth prospects are now likely reduced due to the uncertain implications from increased regulatory scrutiny and potentially lower consumer confidence in e-vaping products,” they said.

Fitch downgraded Altria’s credit ratings two notches to BBB after Altria made the Juul investment because the deal increased Altria’s leverage. The firm’s forecast has “minimal dividend contributions” from Juul, so a write down would not harm the firm’s negative rating sensitives, the analysts wrote.