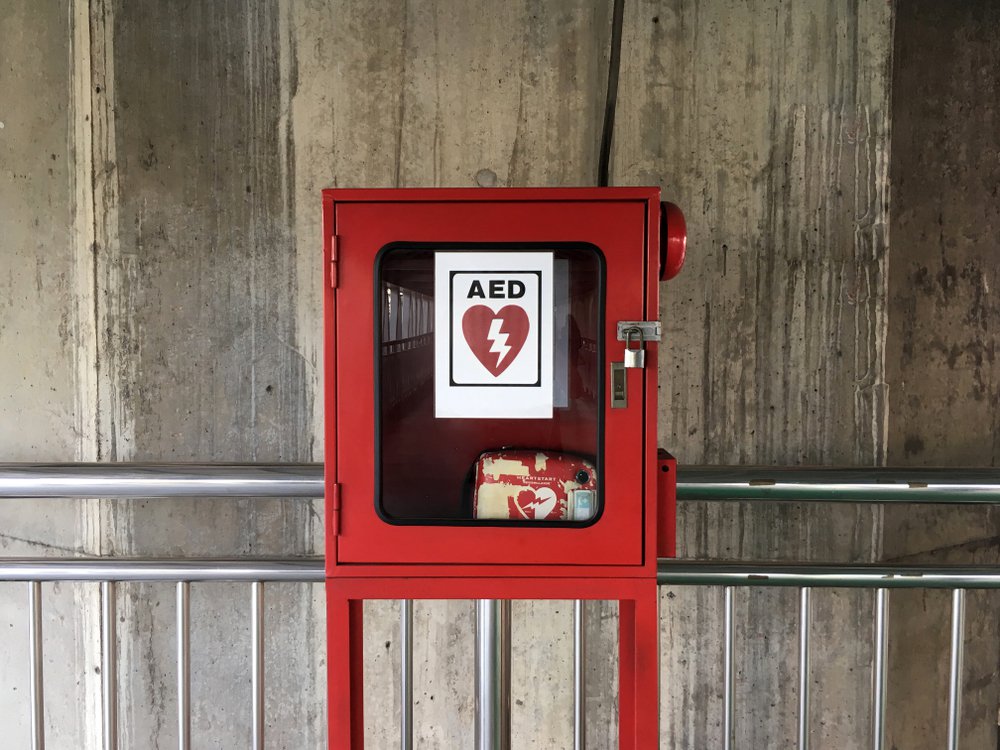 Compare that with the fact that each year anywhere between 180,000 to 450,000 people in the United States die from sudden cardiac arrest (SCA). While both anaphylaxis and SCA can be fatal, the dramatic difference in survivability between these two events is that the public is armed with a tool and educated about what to do when someone is having an anaphylactic reaction. In 2015, more than 3.6 million Americans were prescribed an EpiPen — a tool to save the life of yourself, someone you love or a stranger.

Think about it, if you asked those around you right now to raise their hands if any of them had an EpiPen with them, had used one in the past or knew of someone who had needed one, I bet a lot of hands would go up. Now, think about asking that same group of people to raise their hand if any of them had an automated external defibrillator (AED) with them, had ever used an AED in the past or knew how to use one. My guess is that not many hands would go up. Finally, imagine asking that group to raise their hands if they knew anyone, either a friend, family member or co-worker whose life could have potentially been saved by an AED. Likely, the hands would go back up.

Why then are we not making a greater effort to save our family, friends, neighbors, co-workers, and strangers? I hate to be the bearer of bad news, but while we do a good job of teaching compression CPR to the public — it just isn’t very effective. The survivability of public CPR is around five percent. What if I told you there was a way to improve that number by five to eight times. Those are at least 40,000 more people that get to see their daughter graduate, their grandson crawl or their next anniversary.

Read More:  Now Mental Health Patients Can Specify Their Care Before Hallucinations and Voices Overwhelm Them

Fortunately, there is good news … this is possible! In 1997 at the University of Arizona, a study was conducted where casino security officers were trained on the use of AEDs in their casinos. What they found was impressive. When AEDs were applied within three minutes of witnessed collapse by non-medical personnel, the survival rate was 74 percent. However, every minute you wait for paramedics to arrive that survivability drops significantly.

I am here to tell you that you can save someone’s life — and it is paramount that you know you can do it when that moment arrives. Even though the AEDs you see inside a glass box on the wall at your school, work, church and in the airport, look intimidating, they are easy to use and can make the ultimate difference for the person you are looking at lying on the ground and their family. I get that it can be scary because you are dealing with electricity, but an AED is a highly regulated device that won’t shock someone who doesn’t need it. And the fact of the matter is you can’t make someone who is already dead-deader, you can only help. If you find yourself in a situation where you see someone who has collapsed in SCA, have someone call 911 while you grab the AED off the wall, take out the two large sticker pads which will show you where to place them on the person’s body and turn on the device. From there, the device will walk you through the steps. If the person would benefit from a shock, a shock will be given. If not, keep providing CPR until the paramedics arrive.

Now that you are comfortable thinking about saving someone’s life using an AED while you are in the airport or at work, let’s take it a step further and consider that almost 70 percent of SCA events occur at home and that 86 million Americans have risk factors for SCA. The next generation AED is coming. As a physician, I think now is the time to start talking about sending these at-risk patients home with an AED. Then, just like that EpiPen you have in your purse, you also can have an AED that fits there as well. And with that, the power to help your loved one when they need it most. The time is almost here when this will be our new reality: Non-medical individuals saving their loved one’s life and improving SCA survival all by using an easy-to-use handheld AED in their own home.

I’ll raise my hand for that.

Nathan Scherer is an emergency physician.