Many vulnerable patients are buying manuka honey for its famed anti-microbial, bug-fighting properties when, in fact their honey is fake.  Here’s how to tell if your manuka honey has any real health benefits – or not

It’s the undisputed king of honeys. Loved by sports stars, film stars and TV celebrities alike, but not all manuka honeys are created equal.

In fact, new research, at an independent government lab Fera, shows as many as 4 in 10 so-called manuka honeys, even those from major retail outlets, contain very little of the all-important active bug-fighting component, methylglyoxal or MGO (more on that in a moment), for which the honey is famous.

Manuka honey is made by bees from the nectar of the manuka bush, which grows in New Zealand and is famous for its antibacterial properties.

Some experts believe that it can boost your immune system and even improve gut health. It’s also used for wound healing in hospitals and to soothe inflammatory skin conditions like eczema and psoriasis. It can be used to soothe a sore throat and is thought to help persistant upper respiratory tract infections.

The manuka honey killed 39% antimicrobial resistant bacteria compared to 29% for antibiotics. Manuka honey also improved the activity of some antibiotics that were unable to function effectively by themselves,  used together, honey and antibiotics combined killed 90% of the bacteria tested.

Given these fabled health properties, it’s no surprise that people with health issues are willing to pay up to £150 for a jar of this golden nectar. 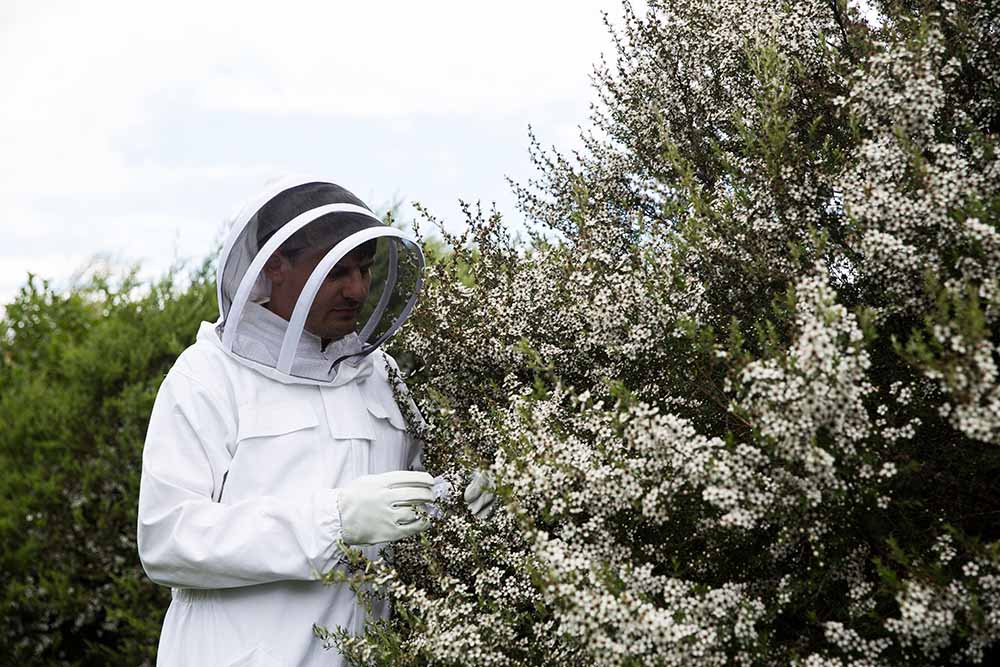 Manuka honey is sourced from Manuka bushes in New Zealand.

Not all manuka honeys are created equal

But in fact, many so-called manuka honeys are diluted blends of the real deal that would fail to get the all-important New Zealand Government stamp of approval says Dr Adrian Charlton, the principal scientist at independent government food-testing lab Fera.

‘A lot of people take it – manuka honey – because they think it boosts their immune system and that usually means they have problems to address,’ says Charlton, who has tested the majority of manuka honeys on the market in the UK.

‘Somebody recently contacted us at Fera to say they had an infection that wasn’t helped by conventional antibiotics. That’s the sort of situation they are in,’ says Charlton. ‘So they were taking manuka and they claimed it cleared it up. That’s the reason I’m so passionate about this, as those people may be exploited if the labelling is not correct.’

Read More:  Can allergies to dogs cause diarrhea

So what are the health benefits this honey super star, if you do manage to get your hands on a jar of the ‘real deal’?

Kourtney Kardashian turned to manuka honey for its skin-boosting benefits in 2017, when she became a global ambassador for the gold standard brand Manuka Doctor and she is far from alone in her passion for this honey superstar.

Cycling Olympian turned jockey Victoria Pendleton doses up on this golden liquid for its natural antibiotic qualities, while the world’s number one tennis star Novak Djokovic is rumoured to power his game with two spoonfuls a day. Scarlett Johansson and Gwyneth Paltrow also swear by it. 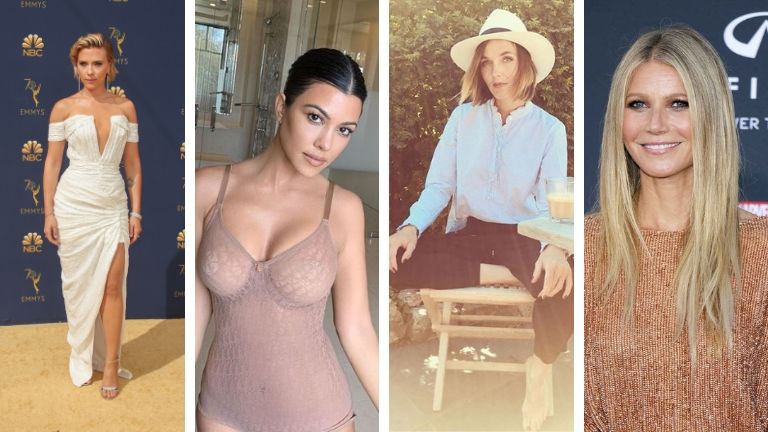 Manuka honey is backed by science

But does it really work?  This is one case where the A-list hype is backed by science.   Lab tests show that manuka honey does indeed have antimicrobial properties – meaning it kills bacteria – in lab conditions.

However, not all manuka honeys are created equal, some honey jars are designed to look like manuka honey, when they are not the genuine article as Charlton’s testing showed.

There’s no way of knowing the number of ‘fake’ manuka honeys out there, though judging by New Zealand government export figures, it could be as many as half of the honeys sold in the UK.

Charlton believes the situation is improving since there are now labelling regulations in place so that consumers can work out whether their honey is the real deal or not.

So, if you are looking for manuka honey with health-giving properties, what should you look for? 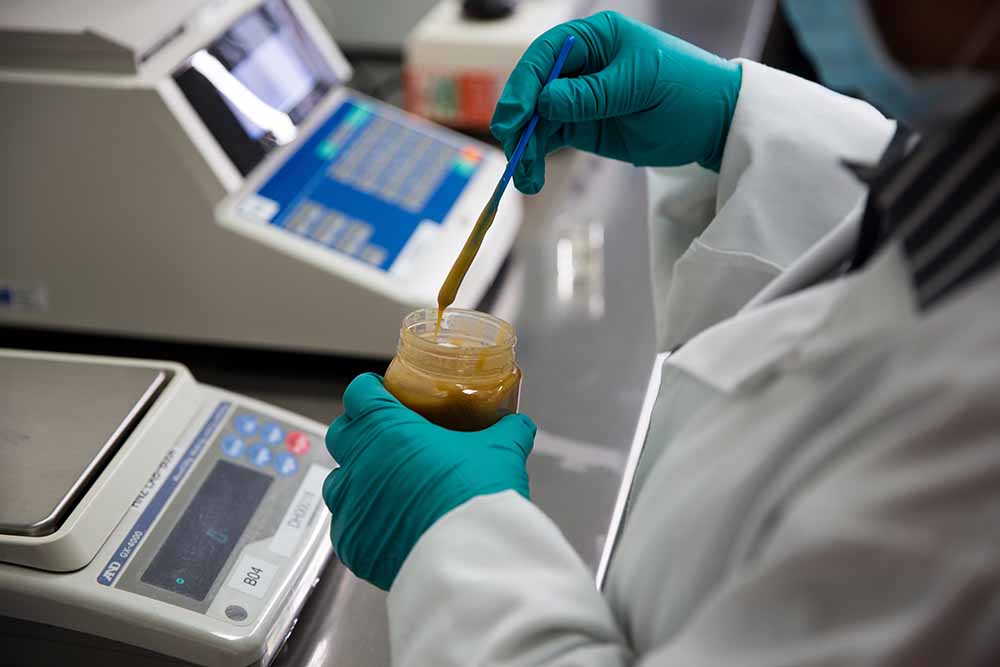 Every manuka honey – if it is the real deal – should have a number on the side of jar showing the level of the active compound, methylglyoxal (MGO).

The MGO scale starts around 30 and goes up to 840.  The higher the number the stronger the anti-microbial properties.

Unfortunately, some honey companies dilute their manuka honey by blending it with other cheaper types of honey and still call it manuka – which is perfectly legal since is does contain some of genuine article – but you’ll also be getting a lot less, if any, of the potent active ingredient and the MGO rating will reflect this. 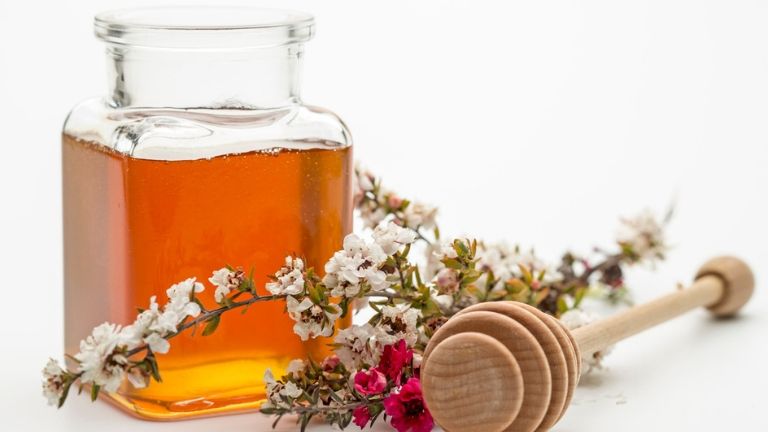 The New Zealand government has come up with two classifications for manuka honey: multi-floral and mono-floral manuka.

‘Multi-floral, by definition, is a blended honey,’ says Charlton, ‘but the New Zealand government have made way for it as a lot of honey that is sold as manuka is multi-floral, because the bees go to different plants, but it does mean you get a lower MGO rating.’

If it doesn’t state mono-floral on the label, it’s most likely a blend, says Charlton.

‘When we tested, a lot of things that were being sold without multi-floral on the label, were actually in the multi-floral category.’

Read More:  10 Ways How To Be More Likeable (SCIENTIFICALLY PROVEN)

If you want a premium product look for a mono-floral manuka honey from a reputable brand like Manuka Doctor, which can trace back every honey not just to New Zealand, but to a particular bee hive site.

Manuka honey is most at risk of being diluted with cheaper honeys, sugar syrup or even added chemicals, when drums of genuine, certified New Zealand Manuka Honey get processed by third parties overseas. You can avoid this by looking for the ‘packed in New Zealand’ promise.

While you do get manuka bushes in Australia, real manuka honey only comes from New Zealand. ‘It’s like Champagne,’ says Charlton.

‘If it doesn’t come from Champagne region of France it can’t be called Champagne, the same goes for Manuka honey, it must come from New Zealand.’

What’s more to maintain standards, the New Zealand government have come up with a number of authenticity markers, including four bio-chemicals that should be in the manuka honey to prove it is genuine. They also look for the presence of manuka pollen.

If the honey doesn’t contain all five markers, it can’t legally be exported and labelled as manuka honey – so look for the gold ‘Tested Certified Mānuka’ symbol on honey jars which prove it has met the requirement.

Manuka honey tip # 6 Look for the ‘Hive to Home’ promise 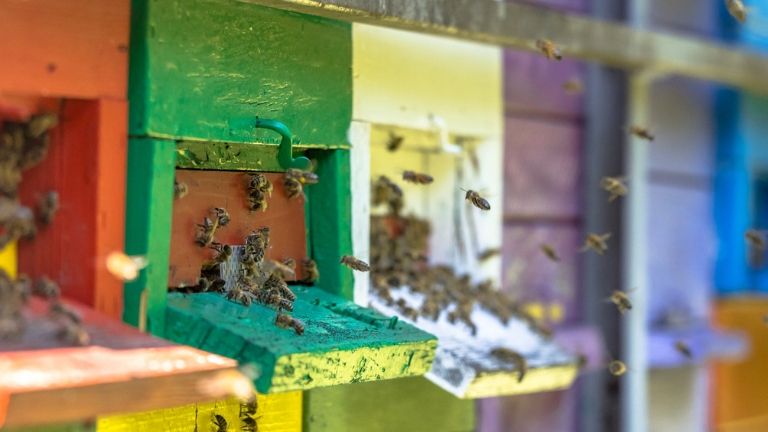 Look for a manuka honey with the ‘hive to home’ promise

Reputable honey sellers, like Manuka Doctor, can trace any jar of honey back to the beekeeper who harvested it because they keep records of exactly which drums of honey go into every batch they sell.

When buying manuka honey, check that the packaging promises traceability from ‘hive to home’ – if it doesn’t, you can’t be confident you know it’s come from a hive of real New Zealand manuka honey.

Healthista has teamed up with Manuka Doctor to give readers a discount on genuine manuka honey.

Exactly what to eat to lose weight – Body Transformation Week 5

How to find your signature scent – the beauty director’s guide